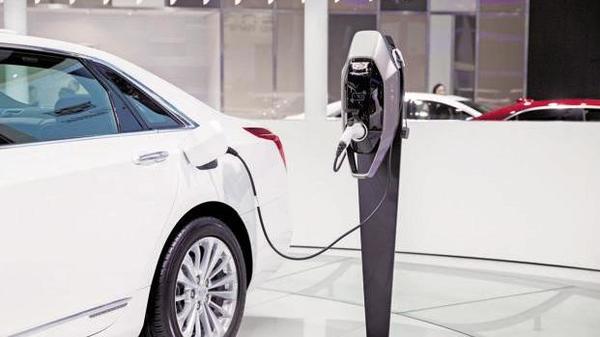 Despite push, India has a lot of ground to cover on shift to electric cars 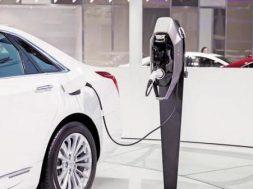 Despite push, India has a lot of ground to cover on shift to electric cars

Imagine a time when the dependence on fossil fuel to power one’s scooter or car will become non-existent with electricity taking its place and the air that we breathe is much less toxic.

The transition could become a reality with Prime Minister Narendra Modi government’s massive and sustained push towards a complete switch to electric mobility. NITI Aayog, the government’s think-tank, is spearheading this transition to cleaner and zero-emission form of transportation.

Towards this, the think-tank, which is headed by Modi, is preparing a road map that may seek to phase out petrol and diesel vehicles in about a decade.

To begin with, the Centre is pushing for a full transition of three-wheelers, and scooters and motorcycles with engine capacities of less than 150cc to electric by 2023 and 2025, respectively. The larger plan is to examine shifting non-commercial vehicles at an intra-state level and then extend it to inter-state by including commercial vehicles and passenger vehicles. 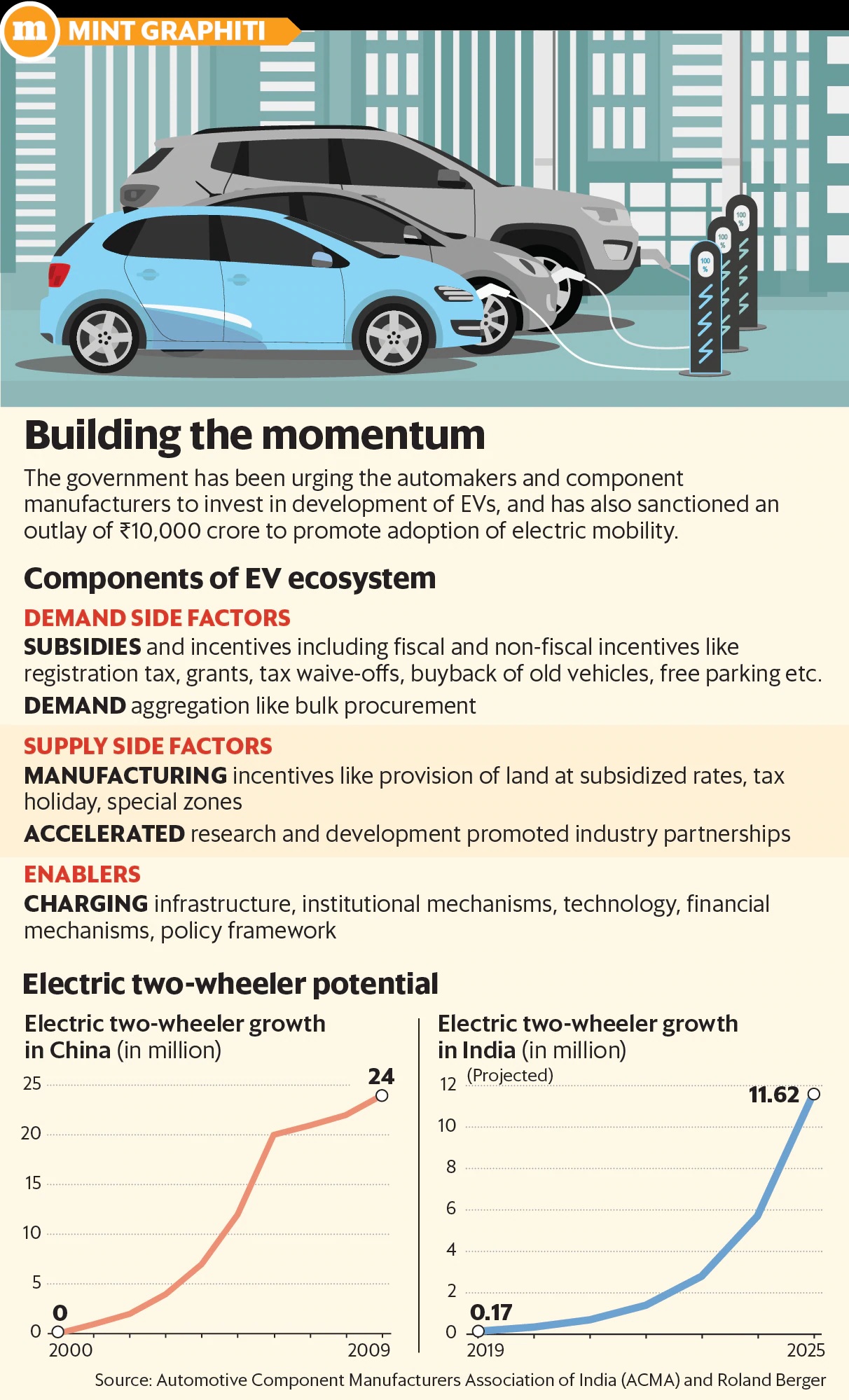 The move to electric mobility has always been the priority of the Modi government, including in its first tenure, keeping in mind India’s commitment to reduce its carbon footprint by a third from 2005 levels. India aims to achieve this target by 2030.

At the same time, the transition to electric vehicles (EVs) is expected to cut India’s hefty oil import bill.

The government’s focus on cleaning up the toxic air can be seen through its ambitious aim to install 175 GW of renewable energy by 2022. India has a renewable energy capacity of 74.79 GW with solar and wind power making up 25.21 GW and 35.14 GW respectively.

The growing automobile fleet in India thanks to mass urbanisation is one of the key factors behind high pollution levels in major cities.

The government has been actively taking steps to create an ecosystem for EVs. These include fiscal and non-fiscal measures to create demand for such vehicles as well as adequate supplies.

For instance, the tax on lithium-ion batteries used by EVs was reduced to 18% last year. Last week, the Goods and Services Tax (GST) Council set up a committee to discuss cutting tax on EVs and battery chargers and leasing of such vehicles. Besides, the road ministry proposed an exemption of registration fees for battery-operated vehicles.

Earlier this year, the government announced an outlay of ₹10,000 crore for three years, towards Faster Adoption and Manufacturing of Hybrid and Electric Vehicles or FAME 2 scheme to expand the commercial EV fleet.

To be sure, creating charging infrastructure for EVs will also depend on how fast auto makers embrace the new technologies. Despite the recent steps, India far lags countries such as China—the world’s largest EV maker—and Norway, France and Germany. India also needs to cut its strong reliance on coal to produce electricity as the benefits of having EVs would be largely nullified if they are charged using thermal power.

“It is because of pressure owing to energy security and rising pollution, electric vehicles have taken greater importance. The government is also incentivizing the sale of electric vehicles to push greater adoption among customers because right now they are not competitively priced as compared to non-electric vehicles,” Rakesh Batra, Partner and National Auto leader at E&Y said.

Lithium-ion batteries are currently imported due to lack of local manufacturing .

India’s plans for EVs, however, come at a time when the local auto industry is grappling with falling sales.

“The government should provide incentives for CNG vehicles and should also come out with a scrappage plan for vehicles to incentivise customers to buy new vehicles. EVs are a long-term approach. In the short-term, certain things need to be done to revive the market,” said R. C. Bhargava, chairman of Maruti Suzuki India Ltd.