Bidder shall provide comprehensive operation & maintenance of the plant for a period of five years from the date of successful completion of trial run.

The scope includes the following

8.Design and construction of foundation & mounting structure for SPV panels.

11.SCADA system for remote monitoring and control of SPV panels with all hardware

13.Operation & maintenance of SPV Plant along with electrical equipments, consumables and spare parts for a period of five years from the date of successful completion of trial run.

3.0NTPC intends to finance the subject package through DCB/ECB.

4.0Detailed specification, Scope of work and Terms & Conditions are given in the bidding documents, which are available for examination and sale at the address given below and as per the following schedule:

4.1Prospective bidders from U.P State are compulsorily required to provide TIN number at the time of purchase of bidding documents.

5.0All bids must be accompanied by Bid Security for an amount of INR 89,96,000/- (Indian Rupees Eighty Nine Lakh Ninety Six Thousand only) in the form as stipulated in the Bidding Documents.

ANY BID NOT ACCOMPANIED BY AN ACCEPTABLE BID SECURITY IN A SEPARATE SEALED ENVELOPE SHALL BE REJECTED BY THE EMPLOYER AS BEING NON- RESPONSIVE AND RETURNED TO THE BIDDER WITHOUT BEING OPENED.

1.1The Bidder should have designed, supplied, erected/ supervised erection and commissioned/ supervised commissioning of Solar Photo Voltaic (SPV) based grid connected power plant(s) of cumulative installed capacity of 15 MWp or above, out of which at least one plant should have been of 10MWp capacity or above. The reference plant of 10 MWp or above capacity must have been in successful operation for at least six (6) months prior to the date of techno-commercial bid opening.

1.2The Bidder should be a developer of Solar Photo Voltaic (SPV) based grid connected power plant(s) of cumulative installed capacity of 15 MWp or above, out of which at least one plant should have been of 10MWp capacity or above. The reference plant of 10 MWp or above capacity must have been in successful operation for at least six (6) months prior to the date of techno-commercial bid opening.

1.3(a) The Bidder should have executed in the last ten (10) years an industrial project either as developer or as EPC Contractor in the area of power/ steel/ oil and gas/petro-chemical/ fertilizer and/ or any other process industry, of a value of Rs. 72 Crore (Rupees Seventy Two Crore) or more in a single project or work respectively and the same should be in successful operation for at least one (1) year prior to the date of techno-commercial bid opening.

a.The reference SPV based grid connected power plant of 10MWp or above capacity should be at a single location developed by Bidder for itself or any other client.

b.SPV based Roof-top solar power projects, which are grid connected, shall also be considered eligible for QR purposes.

c.Bidder shall submit certificate of successful completion and operation from the Owner.

d.Projects executed by Bidder’s group company, Holding Company or Subsidiary Company shall not be considered as Bidder’s experience for meeting the QR.

f.In case of developer as bidder in clause 1.3, the documentary evidence (certified by Chartered Accountant) for value of executed reference work must be submitted by the bidder.

g.Developer means an entity who has either executed or got executed the work/ project as owner of industrial projects.

2.1The average annual turnover of the Bidder, should not be less than INR 72 Crore (Indian Rupees Seventy Two Crore only) during the preceding three (3) completed financial years as on date of techno-commercial bid opening.

2.2Net Worth of the Bidder as on the last day of the preceding financial year should not be less than 100% (One hundred percent) of bidder’s paid-up share capital. In case the Bidder does not satisfy the Net Worth criteria on its own, it can meets the requirement of Net worth based on the strength of its Subsidiary(ies) and/or Holding

Company and/or Subsidiaries of its Holding companies wherever applicable, the Net worth of the Bidder and its Subsidiary(ies) and/or Holding Company and/or Subsidiary(ies) of the Holding Company, in combined manner should not be less than 100%(One hundred percent) of their total paid up share capital. However individually, their Net worth should not be less than 75% (Seventy five percent) of their respective paid up share capitals.

Net worth in combined manner shall be calculated as follows:

i.Net worth means the sum total of the paid up share capital and free reserves. Free reserves means all reserves credited out of the profits and share premium account but does not include reserves credited out of the revaluation of the assets, write back of depreciation provision and amalgamation. Further any debit balance of Profit and Loss account and miscellaneous expenses to the extent not adjusted or written off, if any, shall be reduced from reserves and surplus.

DETAILED INVITATION FOR BID
ii.Other income shall not be considered for arriving at annual turnover.
iii.“Holding Company” and “Subsidiary” shall have the meaning ascribed to them as per Companies Act of India.
iv.For Turnover indicated in foreign currency, the exchange rate as on seven (7) days prior to the date of techno-commercial bid opening shall be used.
7.0NTPC reserves the right to reject any or all bids or cancel/withdraw the Invitation for Bids without assigning any reason whatsoever and in such case no bidder / intending bidder shall have any claim arising out of such action.

8.0A complete set of Bidding Documents may be downloaded by any interested Bidder on payment (non-refundable) of the cost of the documents as mentioned above in the form of a crossed account Payee demand draft in favour of “NTPC Ltd.”, Payable at New Delhi or directly through the payment gateway at our SRM Site (https://etender.ntpclakshya.co.in). For logging on to the SRM Site, the bidder would require vendor code and SRM user id and password which can be obtained by submitting a questionnaire available at our SRM site as well as at NTPC tender site (www.ntpctender.com). First time users not allotted any vendor code are required to approach NTPC at least three working days prior to Document Sale Close date along with duly filled in questionnaire for issue of vendor code and SRM user id/password.
Note: No hard copy of Bidding Documents shall be issued.

8.1Issuance of Bidding Documents to any Bidder shall not construe that such Bidder is considered to be qualified. Bids shall be submitted online. Bidder shall furnish Bid Security, Integrity Pact and Power of Attorney separately offline as detailed in Bidding Documents before the stipulated bid submission closing date and time at the address given below.

9.0Transfer of Bidding Documents purchased by one intending Bidder to another is not permissible.

0
0   0
previous NIT For Selection of EPC Contractor for 50MW Solar PV Project in the State of Kerala
next NIT For Set-up of 150 KWp Canal Top Solar PV on CW Channel of Stage-I of Mauda STPP. 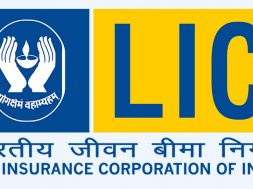