NEW DELHI: Wind power developers in Rajasthan face losses once again as state distribution companies unplug their supply from the grid, a practice known as backdown. “Every day, 15-20% of wind power is being curtailed,” said an official of the Wind Independent Power Producers Association (WIPPA). “On some days, power has even been switched off completely by the discoms’ state load distribution centres (SLDCs).” Sunil Jain, president, WIPPA, estimated the backdowns in a different way, saying, “In May, on average, there were five hours of backdown per MW of wind, which, given the state’s capacity of around 4,000 MW, would be 20,000 hours.” Rajasthan’s installed wind power capacity is 4,280 MW. It’s a repeated problem and particularly galling for wind power producers, since the pre-monsoon and monsoon period, April-September, is when winds blow the strongest and generate maximum power.
“Last year, the problem occurred in May-June and stopped after a while but this year, it began from April itself,” said the WIPPA official. “Discoms are doing it for commercial reasons. They are backing down wind power and taking thermal power instead, which is cheaper.”  However, the matter is far from simple. A key characteristic of wind energy is its ‘infirm’ or ‘erratic’ nature. A wind farm’s output can vary considerably depending on the speed at which the wind is blowing. Additionally, wind farms do not store energy, which would increase costs significantly and make tariffs unviable. They transmit all power produced immediately to the grid, which could trip if power supplied is well in excess of the average, as is often the case in the pre-monsoon and monsoon months. Devices to forecast wind power likely to be available are being introduced but are not yet wholly reliable. “Forecasting is an issue,” said BK Dosi, managing director, Rajasthan Renewable Energy Corporation, the state agency handling renewable energy.

“If the schedule given to us is not accurate, there will be problems. Due to variations in weather, there are variations of demand as well. But backdowns are not due to commercial reasons.” The Rajasthan Electricity Regulatory Commission (RERC) had, some years ago, directed that wind power be given priority over power from conventional sources — wind has ‘must run’ status. In practice, though, SLDCs often find it more convenient to use power from conventional sources if available, since it is steady and reliable. WIPPA has already appealed to RERC, which has held four hearings. “We will take the issue to higher authorities if not resolved at the earliest,” said Jain. Dosi said, “We have taken up the matter seriously and will be meeting developers and the state principal secretary soon.”? 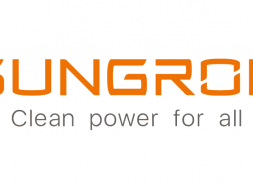