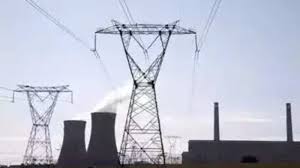 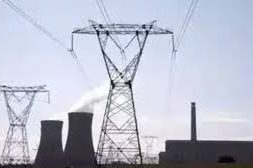 KOLKATA: ICRANSE 0.02 % expects thermal capacity utilization to improve to 64% in FY2021, led by sustained demand growth coupled with a slowdown in addition of new capacities and decommissioning of older units. ICRA’s projection is based on improved growth to 6.7% on a Y-o-Y basis from a low of 1.5% in Q4 FY2019.

“Share of renewable energy (RE) based capacity has seen a sharp increase over the past two years, the thermal segment would continue to remain as the major source of electricity generation in the near term. Apart from demand boost, the generation sector is expected to benefit from certain key policy recommendations such as directive on payment security,” said ICRA in a report.

Girishkumar Kadam, sector head & vice president, ICRA Ratings said, “Government’s approval mandating opening and maintenance of adequate Letter of Credit (LC) as payment security mechanism by power distribution utilities (discoms) under its power purchase agreements (PPAs), effective from August 1, 2019, would be a positive for the power generation companies. This is following the continued delays in making payments by the discoms to generation companies, leading to liquidity constraints for the power generation companies. However, the implementation of these provisions remains to be seen, given the challenges in securing the large quantum of LCs by the discoms, in view of the loss-making operations of the discoms in most states.”

In another key development, the regulators have issued favourable orders in the recent past for thermal IPPs allowing pass-through of higher cost of imported coal in lieu of shortfall in supply from domestic linkage sources. This would enable resolution for affected domestic coal-based IPPs, aggregating to 14-15 GW having long-term PPAs with state distribution utilities and facing coal supply shortfall from domestic linkage sources.

Further, Central Electricity Regulatory Commission (CERC) has allowed pass-through of higher cost of imported coal for Adani Mundra project, affected by change in mining regulations in Indonesia, subject to certain covenants. However, any appeal against the CERC order would delay the resolution process for other similarly affected projects.

While electricity distribution segment has seen significant reduction in losses and debt levels following debt restructuring under the UDAY scheme, the slow progress in improving operating efficiencies and inadequate tariff revisions by the SERCs over the past three years, has slowed down the loss reduction process for discoms. Out of the 14 states where tariff orders have been issued for FY2020, the median tariff hike continued to remain low at 1% with the SERCs in five states not approving any tariff hike for the year and two states lowering tariff rates.

“Limited or no tariff hikes approved and slow progress in reducing distribution loss levels, is likely to increase the discom loss levels in FY2020 and increase the dependence on subsidy support from respective state governments. ICRA estimates the overall subsidy dependence of the state-owned power distribution utilities for FY2020 at around Rs. 960 billion, an increase of about 11-12% over the previous fiscal year. The increase in the subsidy requirement for FY2020 over the previous year is predominantly driven by the continuation of subsidised tariffs by state governments, even in case of an upward revision in the cost of supply for the discoms. Given the rising dependence on subsidy for discoms, timeliness and adequacy of subsidy support from their respective state governments assumes critical significance, from the discoms’ liquidity perspective,” said Vikram V, associate head & assistant vice president at ICRA Ratings.