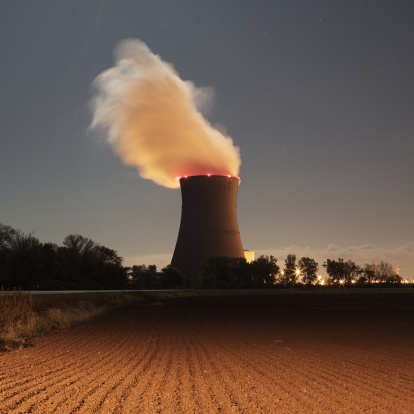 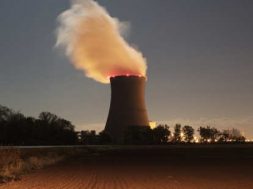 Paris: President Emmanuel Macron here on Thursday (local time) said France and India will hold discussions on Jaitapur nuclear project by the end of this year.

“If we talk about civil nuclear, there will be discussion on Jaitapur (Nuclear Power Project) by the end of this year, so that we can take Jaitapur project forward,” the French President said after his bilateral meeting with Prime Minister Narendra Modi at Chateau de Chantilly, a 19th-century site located in Oise, 60 kilometers from Paris..

Informed sources had told that the talks on the cost-effectiveness of nuclear reactors are moving in the right direction and there is no roadblock.

In a joint interaction with the French President, Modi said, “France is the first country with which we have signed a civil nuclear arrangement.”

Prime Minister Modi is currently on a two-state visit to France for an official visit at the invitation of French President Macron for a bilateral summit on August 22 and August 23 in Paris and to participate in the G7 Summit on August 25 and August 26 in Biarritz.

“France and India thus welcome the decision to train medical support personnel for Indian astronauts, who will be part of India’s manned space mission by 2022. The training will be carried out in France and in India,” said a joint statement issued after the talks.

They also hailed the launch of a Space Climate Observatory that further enhances Indo-French cooperation on combating climate change, besides TRISHNA joint mission and accommodating Argos in Oceans at 3.

“In an increasingly threatened environment, they have also resolved to act together at the international level to promote norms and best practices necessary for guaranteeing the safety of space missions,” the statement read.

In the digital space, the two countries support economic and social development through open, secure and peaceful cyberspace, in which the international law applies. The two leaders also adopted cybersecurity and digital technology road map aimed at expanding Indo-French bilateral cooperation, particularly in the strategic sectors of high-performance computing and Artificial Intelligence.

The two countries welcomed the swift implementation of the conclusions of the Joint Strategic Vision of India-France Cooperation in the Indian Ocean Region, adopted during the visit to India of President Macron in March 2018.

During the meeting, France and India further agreed to significantly enhance people-to-people contacts and cultural exchanges. They also agreed to set up a regular dialogue on consular matters, which will facilitate exchange and mobility.

Addressing the issue of climate protection, France and India urged all stakeholders to contribute to the success of the upcoming Climate Action Summit convened by the United Nations Secretary-General on September 23 and to encourage the global efforts towards combating climate change. They also reaffirmed their commitment to being in line with the principles of United Nations Framework Conventions on Climate Change (UNFCCC) and the Paris Agreement.

Meanwhile, the two countries reaffirmed their joint commitment to accelerate the development and deployment of renewable energy. They noted with satisfaction the progress made by the International Solar Alliance so far in capacity building and sharing of best practices to harness solar energy among the member nations.

“Discussions are ongoing for the tripartite projects, particularly on the issues of solar irrigation and rural development in African countries and on developing skills through vocational training to sustain the development of the solar photovoltaic sector in Chad,” the statement added.

India and France agreed that oceans play an important role in combating climate change, preserving biodiversity, and development, and, acknowledging the link between environment and security, decided to enlarge the scope of their maritime cooperation to address these issues.

For sustainable use of marine resources, the two sides agreed to work towards ocean governance, including through coordination in relevant international bodies.

“Blue Economy and coastal resilience are a common priority for India and France. In this regard, both sides agreed to explore the potential for collaboration in marine science research for a better understanding of oceans, including the Indian Ocean,” the statement said.

The two sides reaffirmed their commitment to further strengthen their partnership to arrive at “an even more robust, close and complementary relationship” including synergising of their approaches towards issues of regional and global importance.

0
0   0
previous Investments in coal-fired projects fall by 90% last year, in renewable energy rose 10%
next Over 1,600 houses in HP do not have power connection: CM