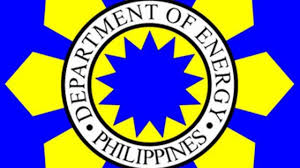 The Department of Energy (DOE) cornered 39 new applications for renewable energy (RE) service contracts; and when these projects are advanced to commercial developments, they could yield additional 552 megawatts of power capacity for the country.

As of June 30 this year, energy department data showed it received 23 applications for hydropower service contracts; 10 for solar; four for wind projects; and two for targeted geothermal power developments.

RE project developments in the Philippines are seen accelerating starting this year because of the rollout of the Renewable Portfolio Standards (RPS) policy, an incentive scheme that provides a market for RE generated electricity because of the mandated percentage of RE supply that the distribution utilities shall procure as part of their overall portfolio.

Since the exit of the country from the feed-in-tariff (FIT) incentives, it dangles the RPS as an alternative to re-ignite investors’ interest in the RE sector.

For this year, the target of the DOE is to auction initial 2,000 megawatts (MW) for RE capacity; which will then form part of the compliance of DUs to the RPS policy.

“The program will have an initial 2,000 megawatts which should augment RE capacity in the grid. This pricing program will support RE generators in securing power supply agreements and selling their energy through the establishment of a fair base-line price,” Energy Secretary Alfonso G. Cusi said.
Other mechanisms being set forth by the government are the Net Metering Program and the Green Energy Option Program (GEOP) – the second one will empower consumers to directly source or contract their electricity needs from their preferred RE suppliers; while in net metering, end-users could produce their own electricity and may opt to re-inject surplus into the grid and there is cost-offsetting scheme with their utility providers on that.