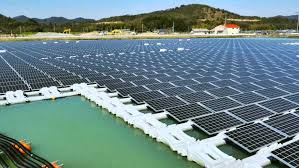 The three projects are in addition to the first STP that was unveiled on Roxas Boulevard in Manila last week, according to the Department of Environment and Natural Resources (DENR).

Environment Secretary Roy Cimatu said the three plants would be installed on major river systems that drain into Manila Bay, namely the Tullahan-Tinajeros River, the Las Piñas-Zapote River and the Libertad outfall in Parañaque River.

These STPs, he said, would ensure that no untreated wastewater from three drainage outfalls, namely Padre Faura, Remedios and Estero de San Antonio Abad, will drain into the bay.

“[This] is a big step forward to making Manila Bay safe again for swimming, bathing, boating, fishing and other forms of contact recreation,” Cimatu said at the inauguration of the first plant on Thursday.

The STP on Roxas Boulevard in Manila is capable of treating 500,000 liters of wastewater daily.

The treated liquid will be used to water plants along Manila Bay, and to supply water to two solar-powered toilets to be built at the baywalk and to fire trucks in the cities of Pasay and Manila.

Following the government’s rehabilitation of Boracay Island, the Duterte administration set its sights on cleaning up Manila Bay, where years of neglect and degradation have transformed it into a giant basin of garbage and untreated wastewater from homes and businesses near the bay.

With a P43-billion budget, the government’s target is to rehabilitate, restore and maintain the bay to a level that is fit for swimming, as mandated in the writ of continuing mandamus issued by the Supreme Court in 2008.

The government has since then begun its crackdown on Manila Bay polluters, serving cease-and-desist orders and notices of violation to businesses and establishments, including government offices, restaurants and hotels, that were found to be discharging untreated wastewater directly into the bay.

In his State of the Nation address last year, Mr. Duterte also ordered businesses near the bay to shape up or he would order their buildings torn down.

Over a year since the government launched its ambitious bay cleanup, the challenge to restore Manila Bay to its former glory remains.

In over a year, the DENR has recorded significant reductions in fecal coliform levels and has successfully cleaned up the Baseco shoreline in Tondo, Manila.

But environmentalists say there is still much to be done in ensuring the rehabilitation’s long-lasting success, such as guaranteeing that reclamation projects, which threaten both the environment and the livelihoods of fisherfolk, are kept off the bay. INQ