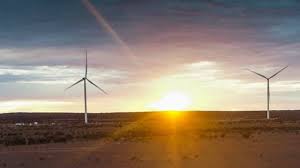 US oil giant Chevron has become the latest fossil fuel production giant to plan significant investments in wind and solar capacity, in what seems initially as a token gesture towards lowering emissions but could involve a more significant commitment down the line.

It has announced a deal with Canada-based renewable energy developer Algonquin to build 500MW of wind and solar installations to help power its facilities in Western Australia, as well as Argentina, Kazakhstan and in Texas and New Mexico in the US.

The joint venture means that Algonquin will build the facilities, which will be located on Chevron land and the output contracted to the oil and gas giant.

“How we can increase renewables in support of our business? We have Algonquin partnership we just announced,” Chevron chief finance officer Pierre Breber said in a conference call late last week.

‘It’s just a way to scale up what we’ve been doing previously. We had some wind and solar to our operations in the Permian and in Bakersfield (oil basins). This gives us an alliance and partnership to accelerate that and scale it up globally.”

Chevron joins a host of other oil majors to make major commitments to investments in wind and solar, although others – including Shell, BP, Total, Enel, and EMI, are doing this to create a new business segment, and to sell power to others, rather than just seeking to offset a minor part of their own emissions.

Shell, BP, Total, Enel, and ENI have already invested in large scale solar farms in Australia, and plan more. Other miners in W.A, including iron ore miners Fortescue, Rio Tinto and BHP, are also investing heavily in solar and batteries to reduce costs and emissions and improve reliability at their mining operations in the state, as are many smaller miners.

Breber said Chevron was interested also in renewable natural gas, renewable liquid fuels, and other actions that reduce the carbon intensity of its products, in particular in California, which has a strong low carbon fuel standard.

“And then, our third focus area is investing in breakthrough technologies. That includes carbon sequestration, hydrogen, batteries. We are operating one of the world’s largest carbon sequestration projects in Australia,” he said in reference to Gorgon.

“Continuing to invest in renewable energy solutions is fundamental to our business strategy. By working with sustainability champions like Chevron, we maximize the positive impact of the low carbon technologies we offer to communities across the U.S. and Canada, and internationally.”

Algonquin is the parent company of Liberty Utilities and Liberty Power, and has a portfolio of long-term contracted wind, solar and hydroelectric generating facilities, representing more than 2GW of installed renewable generating capacity.