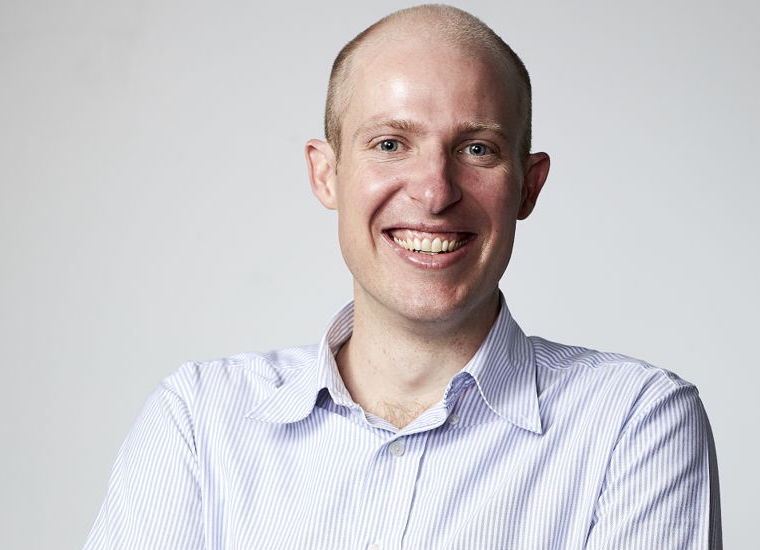 Dr Lachlan Blackhall is Entrepreneurial Fellow and Head of the Battery Storage and Integration Program at the Australian National University (ANU). By 2040, he says Australia will have the most decentralised grid in the world, with some 50% of total generation capacity installed as rooftop solar behind the meter. The ANU program takes a transdisciplinary approach to the development, integration, operation and optimisation of energy storage in global electricity markets and grids, with the aim of contributing to an energy system fit for the 21st century.

pv magazine spoke to Blackhall for a feature in our August print edition (on sale today, August 3), on Western Power and Synergy’s innovative PowerBank trial of community batteries in Western Australia. This is an edited transcript of our broader discussion.

pv magazine: What do you think about Western Power and Synergy’s test case of community batteries as a way to manage rooftop resources?

Lachlan Blackhall: Personally, I think it’s a really great solution to the uptake of solar PV. I believe that consumers are acting with intent when they’re purchasing solar. They’re choosing to put solar on their roofs  because it’s very economic at the moment, but also because I think overwhelmingly customers are focused on the importance of responding to climate change. Obviously increasing the amount of renewables is an important way of doing that. So, then we think about how to actually best manage the system, once we have a lot of distributed renewable generation — community batteries are a really nice solution to being able to better manage the grid.

Perhaps one of the most important things about community batteries is that they open up the opportunity for everybody — people who are renting, people who live in apartments — to benefit from having additional storage in the grid, whereas if you put a battery behind the meter in someone’s home that typically is limited to people who can afford to buy the battery, or who own their own home.

What changes do you see we’ll need to electricity markets, to better realise the services that community batteries offer?

I’d say that markets themselves probably don’t need to change specifically for community batteries, they just need to better accommodate batteries full stop. I think the biggest hurdle or reform that is needed to unlock the value of community batteries is more related to the network tariff structure. At the moment you’re typically charged a price for the energy that flows over the network. If you have a community battery and you charge it from the solar in someone’s home, you’re double charged on those networks: once as the energy flows into the battery charging up, and then you’re charged again as the energy flows back from the battery into someone’s home to be used. That’s not an intentional outcome from the tariffs; it’s just a reflection that when we were rolling these tariffs out, we never anticipated that we might have community batteries.

There’s a lot of work underway nationally through energy regulators and rule makers and market operators to really understand how we can ensure that network tariffs in particular, don’t impede the opportunity for community batteries.

Can these aggregated resources bring down that cost of building out the new renewables-based electricity system for everybody?

If you have a grid with high renewable uptake, then you also need to ensure that you can maintain energy reliability and security and that typically means we’re going to need a fair amount of energy storage. Once you go for energy storage, you say, well, where’s that going to be? Some of it will be behind the meter in terms of residential batteries, some of it will be large scale, but there’s this important opportunity in the middle that community batteries can fill to ensure that we get a lot of uptake at that level. Once you’ve got all that storage in your distribution network, then yes you can ensure that you’re most effectively operating the distribution network. And, the hope is that that reduces the cost of building and operating the network for everybody. So there’s a really good opportunity for community batteries not just to benefit those who are able to use them directly, but also all customers who are connected to the network, through reduced capital expenditure and operating costs.

How much more cost efficient could it be for consumers to share batteries rather than purchase their own behind-the-meter storage?

I think if you look at the cost of purchasing and installing batteries, it’s almost definitely going to be cheaper to do that at scale. It will likely be cheaper to get the same amount of storage in an aggregate form as a community battery treatment than to have it as an individual battery asset in customers’ homes. But at the same time customers who are buying batteries in their homes are buying them for very specific reasons. They see value in a battery behind the meter. They see that a battery can provide backup power for their home.

There are already virtual power plants that allow customers to make money from their residential batteries participating in the market. So I’d say it’s probably not as clear cut to say that it’s going to be cheaper to just go down the path of community batteries. But I think the opportunity for community batteries is that as we roll them out a lot of people are able to participate in them and I think our work shows that that will lead to greater efficiencies for all.

Does your research indicate that we’ll need a variety of aggregation mechanisms in the grid?

From the work that’s being done around Australia in research and development, we’re really seeing that we’re going to need a variety of different approaches to how we manage the grid going into the future. That means lots of different types of storage, and different chemistries, not just lithium batteries, but probably also, vanadium-flow and other flow batteries, and other forms of storage as they emerge. And we’re going to need lots of different technical solutions for how we manage the grid. We talk a lot about the challenges of renewables and the challenges of distributed energy resources, but actually what we’re talking about is the challenge of trying to operate a 21st Century electricity system using a 20th Century operating paradigm.

There are no inherent problems with having a lot of renewables or a lot of distributed assets in the grid. We just need to operate the system in a fit-for-purpose way, and that means developing these 21st century operating paradigms in order to achieve that.

What else do we need to consider in implementing community batteries?

Among the key questions that arise in the context of community batteries, is: Who will own those batteries? Who will operate those batteries? And how do we ensure that the benefits are appropriately shared among those who own and operate them and the community in which they will be installed and operated? There’s work to be done to understand the best models of aggregation and participation, to ensure that we get the best outcome for the electricity system as a whole but also for individual customers.

What are you anticipating in terms of energy storage opportunities?

The area that I think we probably don’t yet appreciate how big it’s going to be is the rollout of electric vehicles. We’ve launched an ACT-based trial, called REVS [Realising Electric Vehicle-to-grid Services], using the ACT government’s fleet vehicles to provide services to the market. I think that’s particularly exciting because electric vehicles are essentially batteries on wheels. And the fact is over the next 20 years we’re going to see extraordinary transition from largely internal combustion engines to largely electric vehicles, so the opportunity for electric vehicles to support the operation of our electricity system is one that, again, I think we all can foresee how that could happen, but now we’ve got to go through the work to actually demonstrate that it can. I think that’s going to be the other really significant change that we’re going to see in the next decade.

If you take the top-of-the-line Tesla car as an example, it would have enough energy storage in the car to provide an average home with power for about three or four days. You’re talking about really significant amounts of energy in people’s cars.

Potentially, you get into a future world where the car that people are buying for transport becomes a fundamental part of our electricity system. While a lot of discussion happens around the technical and the economic side of storage uptake, I think it’s really important to realise that there’s a huge amount of social science work that also needs to go in to make sure that we get an outcome that works for customers, that brings prices down, that supports energy equity and helps lift people out of energy poverty as well. For all of those reasons, there are great opportunities for storage. We just have to make sure that we approach the problem from all three sides: the technical, the economic and the social.