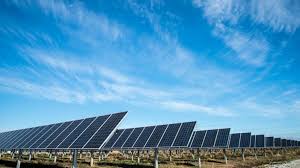 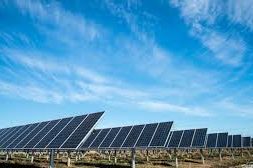 THIRUVANANTHAPURAM: Quality power will be made available to consumers anytime, anywhere in the state in next five or six years if the plan envisaged in the draft power policy becomes a reality.

The draft power policy — published by the state government — foresees more consumer-friendly initiatives, realistic summarising and futuristic steps, all in tandem with the disruptive technologies hitting the global power market with a renewed pace and energy. 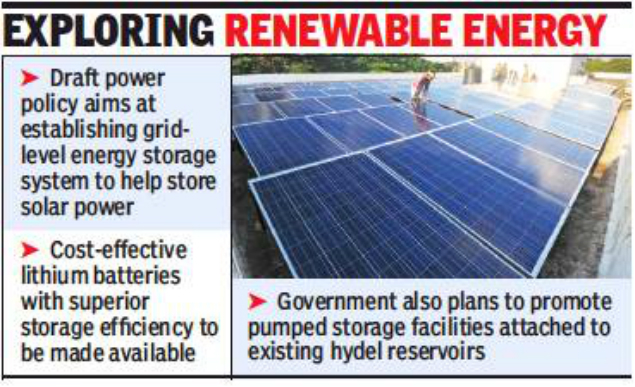 One of the major objectives the draft policy talks about is the possibility of establishing ‘grid-level energy storage system’, which would help the state to store solar power for convenient use.

“The objective is to establish a grid-level energy storage network facility. Making use of new storage technologies hitting the power market, it should be possible to deploy a reliable mechanism in near future. Cost-effective lithium batteries with superior storage efficiency would be available in the next few years. Such a scenario will help set up small-to-bulk solar power storage facilities at consumer homes and state-run facilities,” said state energy management centre director EM Dhareshan Unnithan.

The major problem with solar power, at present, is the high cost involved in storage. With the advent of more efficient storage batteries, invented by agencies (including VSSC), policymakers foresee a steep fall in storage cost. “In that case, we would be able to generate and store reliable quality power at less than Rs 3/unit. These lithium batteries would largely be maintenance-free with a life span of 15 years,” he said.

The draft policy also revealed government plans to promote pumped storage facilities attached to existing hydel reservoirs. “By this, we mean that 80% of water flowing out from generating stations would be pumped back to the reservoir. This could be done during the day time when the demand for power is less and generation from solar source will be higher. If we could create pumped storage facility, it could be run using solar power. Such a scenario will ensure better management of power, especially during peak hours,” said sources in the sector.