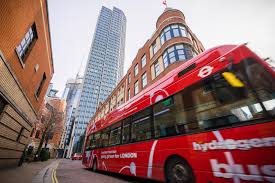 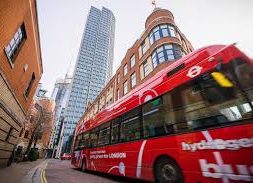 Hydrogen was the first element created after the Big Bang and remains the most abundant in the Universe, accounting for around 88.6% of its composition by weight. The gas is the richest energy source for stars like the Sun and holds great promise as a fuel here on Earth. However, it isn’t readily available in pure form, preferring to form compounds with non-metallic elements.

Consequently, hydrogen must be extracted from water or organic compounds and stored. However, there are issues concerning both hydrogen’s production and storage, which have prevented it from becoming the mainstream fuel it has the potential to be.

Steam reforming from natural gas is by far the most common method of producing hydrogen, but electrolysis is perhaps the most widely-known despite only accounting for around 5% of all global hydrogen production. The process requires energy to split water into hydrogen and oxygen; this often comes from fossil fuels, which are dirty and polluting. The use of biomass, non-food crops and renewable energies, however, is ever-increasing, cleaning up the process.

Once produced, hydrogen gas needs to be stored. The most important tried-and-tested methods include physical storage approaches based on compression or cooling, or a hybrid of the two. However, compression of hydrogen into high-pressure storage is an energy-intensive process and increases the cost.

And like any other fuel, hydrogen is a hazardous substance with a wide range of flammable concentrations in air and a low ignition energy. However, it is non-toxic and dissipates quickly when released, allowing for rapid dispersal of fuel and less chance of fire than conventional fuels.

Hydrogen boasts the highest energy content of any common fuel by weight; it’s a highly efficient and low polluting fuel that could find use in transport, heating and power generation. However, current methods of storing hydrogen are costly and space-consuming.

Academics from the School of Built Environment and Architecture at London South Bank University (LSBU) are developing a new way to store hydrogen for use as fuel on buses, shrinking the large high-pressure cylinders currently used.

“Hydrogen fuel cell vehicles produce very low carbon emissions and no air pollution, which makes them vital to cleaning our air and tackling climate change,” said Professor Yunting Ge, LSBU Professor of Building Services Engineering. “But important concerns have been raised about the size, cost and safety of hydrogen storage in buses.”

“Our LSBU project aims to develop a safer and cheaper way of storing hydrogen, which takes up less space than the large high-pressure hydrogen tanks that are used in buses today.”

The ground-breaking project will investigate using a hydride to absorb, release and store hydrogen and aims to improve safety by storing hydrogen at lower pressure in smaller cylinders.

Of the three types of hydride (ionic, covalent and interstitial), the researchers are focussing on a metal hydride in which the hydrogen atoms form interstitial compounds with the metal. Molecular hydrogen is first adsorbed on the metal surface before being incorporated in its elemental form into the metallic lattice. Mechanical or thermal processing causes the hydrogen to be released by degassing.

There are various metal hydrides under investigation for hydrogen storage for fuel cell-powered electric cars, including lanthanum and magnesium, but perhaps the most promising is palladium. It can adsorb up to 900 times its own volume of hydrogen at room temperature, resulting in palladium hydride. The compound shows great promise as a safe – and small – way to store hydrogen.

By using hydride, the LSBU team is able to reduce the pressure needed to store hydrogen and reduce the cost. Using hydride can save up to 75% more space than the large cylinders currently installed on buses.

“The hydride also enables us to maintain the same range,” adds Ge. “Energy consumption will be saved at hydrogen refueling stations for the new technology since the hydrogen storage pressure onboard is greatly reduced.”

LSBU received £60,000 from Innovate UK for the project and will collaborate with Ricardo, industry experts in thermal management, on design and analysis in the first phase. The second phase will see a prototype of the new hydrogen storage being developed.

The researchers believe their work could encourage more cities to take up hydrogen-powered transport; London got its first double-decker hydrogen buses this year, and cities such as Birmingham and Aberdeen are to follow suit. Next year, the Hydrogen Transport Hub will open in Tees Valley to explore the ways in which hydrogen can power buses, heavy goods vehicles, marine transport, aircraft and rail.

Hydrogen – the Future of Transport?

The future of transport could be hydrogen-powered, and we are already seeing examples on the roads. However, hydrogen has a reputation – unfairly attributed – of being unsafe, or at least not as safe as other fuels. For it to really make its mark on the transport industry and as a power source for homes and industry, this misconception needs to be overturned, thus allowing hydrogen can reach its full potential.