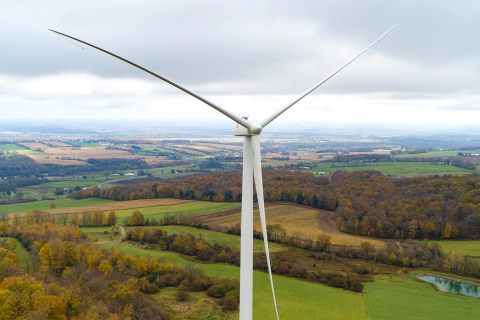 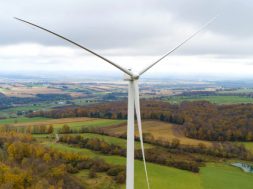 Located in Lewis and Jefferson counties in upstate New York, Copenhagen Wind supported approximately 200 jobs during the construction phase and invested $15 million in supplies, equipment, utilities and fuel sourced from local businesses. In addition to the annual $700,000 property taxes to be paid locally, the project has entered a $430,000 Host Community Agreement with the Town of Denmark, as well as another $60,000 Cultural Mitigation Agreement.

“We are pleased to join the ranks of leaders in New York wind and support the State’s renewable energy target of 50 percent renewables by 2030. Through Copenhagen Wind, which was developed under a model of true local partnership, we also cemented a long-term relationship with National Grid to supply affordable, reliable wind power to its Rhode Island customers,” commented Jacob Susman, Vice President, Head of Origination at EDF Renewables. “The Project is yet another great example of how wind power provides an economic boost not just in the Wind Belt, but also on the coasts, through the creation of local jobs, tax revenue, and recurring landowner lease payments.”

The expected electricity generated at full capacity is enough to meet the consumption of up to 35,000 average homes. This is equivalent to avoiding more than 177,000 metric tons of CO₂ emissions annually1, which represents the greenhouse gas emissions from 37,500 passenger vehicles driven over the course of one year.

EDF Renewables is one of the largest renewable energy developers in North America with 15 gigawatts of wind, solar, storage, projects developed throughout the U.S., Canada, and Mexico.

1 According to US EPA Greenhouse Gas Equivalencies calculations.