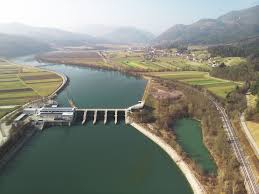 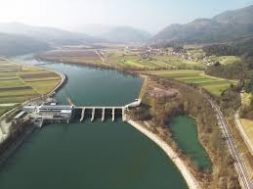 UK-based industrial technology and products company RS Components has analyzed data from the US Energy Information Administration to reveal the most popular green energy sources in every country in the world, as well as the countries that produce the most of each type of renewable energy.

Hydropower is the most-favored option by a huge margin, with 122 of the countries analyzed generating most of their renewable energy from this source. China is currently the leading country for hydropower, at 1,145.5 billion kWh, significantly above Canada and Brazil, who are the second and third largest producers with 388.6 billion kWh and 367.2 billion kWh, respectively.

China is home to the world’s largest hydroelectric gravity dam, the Three Gorges Dam, and the country produces over a quarter of the world’s installed capacity.

China is also the top producer of hydropower, solar, wind, and biomass. The US leads in geothermal, producing 15.9 billion kWh, with geothermal power plants present in seven states in 2019, despite hydropower being the country’s main green energy source overall. But geothermal power is the least popular source of energy — it’s the main renewable source for only the Philippines, Kenya, and Nicaragua.

With solar and wind growing at a rapid rate, such as the UK announcing a big boost for wind this week, these stats will likely shift rapidly in the near future.

Online solar and energy storage marketplace EnergySage has released its 11th semiannual Solar Marketplace Intel Report that examines solar and storage trends they’ve gleaned from their own data from July 2019 to June 2020. Here are three standout trends they observed:

Solar prices continue to decrease, but at a slower rate. The first half of 2020 saw the median quoted solar price dropping 1.4% over the second half of 2019. However, the 2.4% decrease between July 2019 and June 2020 is a slower rate of decline than observed in previous 12-month periods. (Ahem. Pandemic.)

Resilience drives interest in energy storage. Nearly two-thirds of customers are driven by wanting backup power, which isn’t surprising in the face of more frequent and intense weather catastrophes such as wildfires and hurricanes that knock out power. Further, nearly 50% of EnergySage shoppers that want storage are interested in financial savings.

Of course, to state the obvious, he’s got the skill set the geothermal company needs — he’s a drilling expert. Smith brings more than 18 years of experience in the natural gas and oil industries to Dandelion’s drilling operations. Before joining Dandelion, Smith was the consulting drilling manager for Shale Petroleum Ltd. in Alberta, Canada. Prior to that, he worked in drilling operations leadership positions with various natural gas and oil extraction companies.

Electrek asked Smith why he chose to leave fossil fuels and join the world of green energy. He replied:

Moving to geothermal and away from fossil fuels was all about a better opportunity for myself and my family. There is no question that there is more economic opportunity in green energy than oil and gas. Fossil fuel extraction is a shrinking industry that often requires people to move and work in places on the edge. With Dandelion, I’m joining a fast-growing company that allows me to build a future.