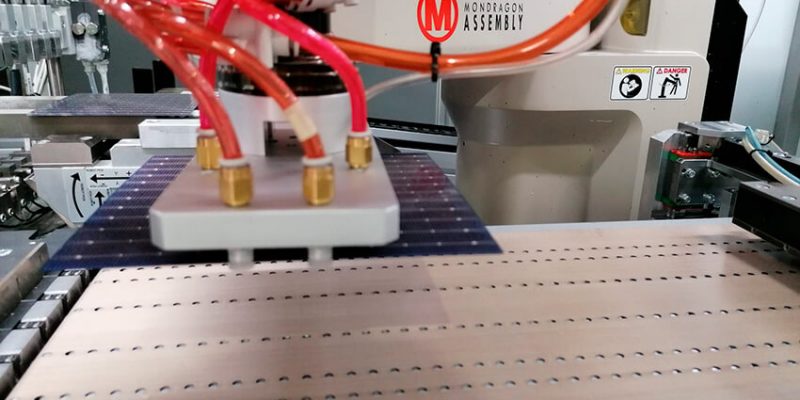 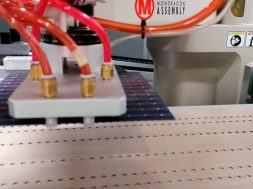 The Spanish company Mondragon Assembly has recently completed the construction of a solar panel manufacturing plant for Teriak Industrial Group. The facility located in Cairo has a manufacturing capacity of 100 MWp of solar panels.

After Arab International Optronics, it is now the turn of Teriak Industrial Group to acquire a solar panel manufacturing unit in Egypt. The plant is located in Cairo, the capital city, with a manufacturing capacity of 100 MWp of solar panels per day. The new plant was built by the Spanish company Mondragon Assembly.

The facility will manufacture several varieties of solar panels including double-glazed two-sided panels and cells cut from standard mono Perc “high efficiency” panels. It is the second solar panel manufacturing plant built by Mondragon Assembly in Egypt. The first turnkey facility was built for Arab International Optronics, with a manufacturing capacity of 50 MWp of solar panels.

Specialising in the manufacture of automotive spare parts for Egypt and the Middle East, Teriak Industrial Group is diversifying its activities by investing in the acquisition of a solar panel manufacturing plant. The Egyptian company is thus taking an interest in a very dynamic sector, driven by the will of the authorities to diversify Egypt’s electricity mix by integrating electricity produced from renewable sources such as solar energy.

Egypt has thus become one of the African countries with the largest number of solar photovoltaic projects in development. The largest project is a solar complex built in Benban, in the governorate of Aswan with an expected capacity of 1,650 MWp.

At the sub-regional level, the Teriak Industrial Group’s plant is being inaugurated a few weeks after the launch of a project to build a solar equipment assembly plant in Algeria. The project is being implemented in the framework of a partnership between the Algerian company SPS (Système Panneaux Sandwichs), specialising in panels, and Qi-Energy, a renewable energy supplier based in Dubai in the United Arab Emirates. The solar equipment is intended for the Algerian and African market.