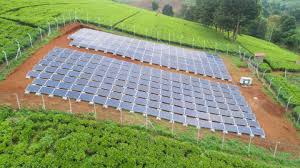 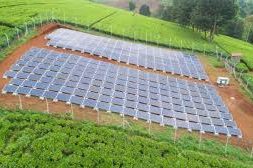 A global market leader of cost-effective, reliable and clean solar power for businesses, Redavia has deployed its first solar farm in Kenya for Menengai Farmers tea farm in Tigoni.

In a statement on Wednesday, Redavia said that for the first 20 years of its operations, Menengai Farmers had successfully grown tea without any large electricity demands.

However, in the mid-’80s, weather patterns in Tigoni changed, requiring the installation of an irrigation system.

Erwin Spolders, chief executive officer of Redavia, said: “Solar power reduces costs, generating savings that can be reinvested into the business while also reducing the carbon footprint of the business. It’s a win-win scenario.”

As the tea farm and irrigation system have grown, so have Menengai Farmers’ energy needs, putting a strain on their operational budget.

Menengai Farmers turned to Redavia for a cost-effective solution.

“We are happy to have found a company to manage the electrical costs of our irrigation system,” said Gideon Katiku, farm manager at Menengai Farmers.

“The savings we make with Redavia will allow us to continue to grow our farm.”

Both parties are already planning to expand the solar farm with a second phase of energy storage, allowing for independence from the national grid.