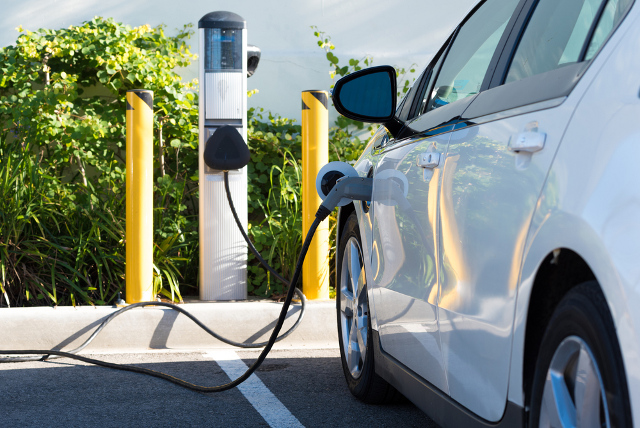 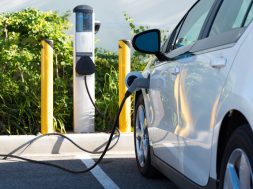 The electric vehicle charging station market is expected to record a CAGR of 38.45% during the forecast period, 2019-2024. The electric vehicles (EV) market has been witnessing significant growth, owing to the growing environmental concerns and rising demand for sustainable and energy efficient transportation.

As a result of the aforementioned reasons, automakers have been continually working and focusing to increase their expenditure on R&D of electric vehicles, which, in turn, is aiding the OEMs to market electric vehicles as the future.

Governments across the world are pushing the EV envelope to reduce the rising pollution from fuel-powered vehicles.

Thus, the rising trend of electrification of vehicles is expected to propel the demand for electric vehicle charging stations.

Geographically, China is leading the electric vehicle charging station market, followed by Europe. China is the largest market for electric cars and buses across the world, registering more than 1.3 million vehicles in 2018. The new energy vehicle (NEV) share in all light vehicles sold was 7.9%

With the rapid increase in electric vehicles sales, the demand for DC fast chargers in the country has grown at a steady pace, contributing more than 50% of the overall publicly available fast chargers in 2017, with nearly 82,000 units. The charging stations on the country’s highways are operated by the State Grid Corporation of China.

Europe is the second largest market for electric vehicles and the demand for green vehicles is rapidly increasing in the region. Factors, such as strong growth in the Netherlands (owing to comprehensive general taxation plans in which taxes for motor vehicles progressively depends on the CO2 emissions) and change in incentive and subsidies, aided in the rise in sales of EVs.

Some of the major players in the electric vehicle charging station market are EVgo, ABB, ChargePoint Inc. Siemens AG, Tesla Motors Inc, SemaConnect Inc., etc. EVgo has announced that the company has contracted for 100% renewable energy to power its customers, and going to be the first EV charging network in the United States to do so. The company contracts with its energy suppliers and renewable energy certificate (REC) partners to ensure that each gigawatt-hour delivered on its fast charging network financially supports an operating renewable energy generator in the United States.

ABB signed a formal agreement with SAIC Volkswagen, under which the company will provide robotics painting solutions for the first new energy vehicle (NEV) factory of the Volkswagen Group based on the modular electric driver kit (MEB), an automotive platform specifically designed for the mass production of electric vehicles. Financial details were not disclosed.