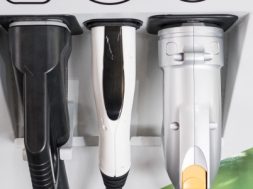 The UK will need additional 28,000 public charging points for electric vehicles (EVs) by 2030—double the current number, to support an estimated fleet of seven million EVs by the end of the next decade, Deloitte said in new research.

Currently, the UK has 13,500 EV charging points—half of what the UK will need if it were to support seven million electric cars on the roads by 2030. Most of the currently operating charging points are likely to be replaced because of technological advances in the next decade, according to Deloitte.

Capital expenditure for building the required EV charging network infrastructure will be around US$2 billion (1.6 billion British pounds) between 2020 and 2030, Deloitte has estimated.

Analysts have pointed to insufficient EV charging infrastructure as one of the key hindrances toward mass adoption of electric cars globally, alongside with battery range and the still higher prices of EVs than many gasoline and diesel vehicles.

According to Deloitte, EV adoption in the UK could get to at least two million cars—a market share of 5 percent—by the middle of the next decade, if the battery ranges increase and costs come down to the levels of internal combustion engine (ICE) vehicles.

“A shortage of public charging points will seriously hamper the adoption of electric vehicles. Yet only a continued uptake of EVs will provide the confidence to invest in, and develop, a charging infrastructure – a classic ‘chicken and egg’ scenario,” Mark Lillie, Power & Utilities Leader at Deloitte, said, commenting on the report.

The UK government’s Grand Challenge missions includes an ambition for at least 50 percent—and as many as 70 percent—of new cars sold in the UK to be ultralow emission by 2030. The UK government has also pledged “to massively expand electric and low emission vehicle infrastructure across the country.”