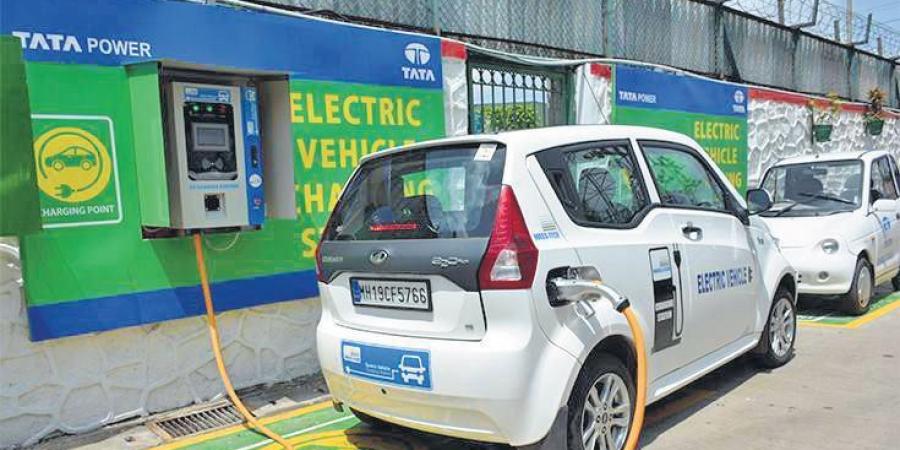 Electric Vehicles Get Cheaper Every Kilometer 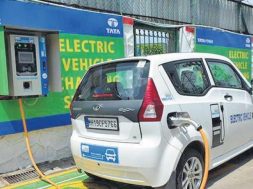 Electric Vehicles Get Cheaper Every Kilometer

CHENNAI: Electric vehicles (EV) have been around for a while and have been a tantalising, but difficult, choice for prospective automobile customers ever since the first one hit the showrooms. Tantalising, because fuel prices have been on a steady upward trajectory since 2016; but difficult, since despite both Union and state government subsidies, the initial cost of electric vehicles have remained stubbornly, and significantly, higher than those of its fossil-fuel driven peers.

But the last year has not been a normal one as far as petrol and diesel prices go. Because an increase in fuel taxes by both the Union and state governments during the oil price crash last summer (April-May 2020) has resulted in fuel prices breaching the psychological Rs 100 per litre barrier in several locations now that oil prices have recovered. Compared to costs in July 2020, petrol and diesel prices have risen by 26 per cent and 20 per cent.

So, has this sharp increase in fossil fuel prices made electric vehicles a more attractive option for prospective automobile customers? The broad answer is yes. But as with any cost comparison for automobiles, the key factor that determines cost efficiency is the amount of use you plan to get out of the vehicle.

As anyone who has ever owned a vehicle realises quite quickly, the total cost of ownership of a vehicle isn’t simply limited to the number of kilometers it gives per litre of fuel or unit of electricity. Right off the bat, there’re rather stringent insurance conditions which require vehicle owners to mandatorily purchase insurance; there are both scheduled and non-scheduled service costs; and, not to mention, the cost of replacement parts in case of damage that is not covered by either warranty or insurance.

And these parameters do not stay the same over the duration of ownership either. In the case of fossil fuel vehicles, or internal combustion engine (ICE)-powered vehicles, service costs increase significantly over the years as the automobile gets older.

The fuel efficiency or mileage—the number kilometers one can drive per litre of fuel—also tends to decrease. This means fossil fuel vehicles generally become less cost efficient as they get older. But the question, of course, is how the current crop of electric vehicles do on these parameters.

One of the first things one needs to understand with electric vehicles is that in comparison with ICEs, their cost efficiency becomes comparatively better as time goes on.

Their primary problem, at least for four wheelers, is that the initial cost is often times nearly double that of comparable ICE vehicles. Take India’s top selling electric car at this moment, the Tata Nexon EV.

Its ex-showroom price is just under Rs 14 lakh per unit, compared to around Rs 5.8 lakh for the base version of the petrol Maruti Suzuki Swift and Rs 10 lakh for the Hyundai Creta. The MG ZS EV, another popular electric car, is priced at over Rs 23 lakh.

Electric two-wheelers, however, have become more affordable—at least in the low-speed category. The Hero Electric Atria LX, with a full charge range of 75-80 km and a top speed of 25 kmph, costs around Rs 63,000 ex-showroom.

The far faster high-speed Ather 450x is priced at Rs 1.41 lakh. In comparison, the latest variant of India’s most popular scooter Honda Activa is priced at around Rs 72,000 and the popular motorcycle Hero Splendor starts at a price of Rs 63,800.

On the basis of the initial price alone, EVs do not yet beat ICEs. In fact, their insurance costs are also quite a bit higher than ICE vehicles, because expensive EV batteries form nearly 40 per cent of their total cost and insurance plans haven’t reached the same kind of scale as for ICEs. Where EVs do well is in the long run. Because while ICEs are less expensive in the showroom, EVs beat them hands down on daily running costs.

Take a look at the per kilometer costs of the above mentioned ICE and EV vehicles. In the 2-wheeler category, the cost per kilometer for ICEs is between 3-10 times higher than that for EVs (assuming petrol cost as Rs 100 per litre and per unit of electricity at Rs 10). In the 4-wheeler category, ICEs are 4-5 times more costly on the road.

EVs also have significantly lower servicing costs, and unlike ICEs, where service costs rise sharply with age, EVs see much lower service cost escalation over the same period. And because an EV typically has far fewer moving parts compared to ICEs, they are also cheaper in terms of replacements due to wear-and-tear.

Based on data gathered from owners and industry sources on the above parameters, it becomes clear that electric vehicles win in terms of cost efficiency the longer they are on the roads.

Calculating for a 5-year period and 1-lakh-kilometers of usage, most electric vehicles come out in front. For instance, low-speed 2-wheelers are many times cheaper than ICE peers and even in the high-speed category, the initial difference in costs is either cancelled out, or sharply reduced.

The difference in costs narrow sharply for 4-wheelers too as the calculations show. The cost of running the vehicle is so much lower than ICEs that over a lakh kilometers of usage in the Nexon EV would cost around Rs 96,000 (at Rs 10 per unit of electricity), while the Maruti Swift is likely to cost Rs 4.8 lakh (assuming that fuel costs remain at Rs 100 a litre).

So, what’s the final word?

Well, if we get down to brass tacks, EVs are still far costlier at the showroom and cost even more for insurance. But, over the course of use, their cheaper fuel and service make them steadily more viable. And the more kilometers you drive, the more cost efficient EVs get.