By Tomi Motoi, GE representative to the International Energy Agency

However, more can be done to further electricity access and support decarbonization. For example, more than 1 billion people have no access to power. In Africa alone, more than 600 million people lack access to electricity, and 70 percent of businesses cite unreliable power as a barrier to doing business on the continent. Electrification can deliver power to those who lack it.

On the side of sustainable energy, transport, heat and power generation are major sources of worldwide sulfur dioxide emissions; the power sector accounts for nearly one-third of the global energy sector SO2 emissions in 2015[2]. Electrification can play a pivotal role in contributing to sustainable energy use.

Here, we take a look at some of the key trends supporting the growth of electrification.

Renewables on the rise

Strong policies—most notably from last year’s Paris Climate Agreement—facilitate investment in renewable energy. This investment is crucial to achieving the goals of limiting the global increase in temperature to well below 2 degrees. Despite the fall in oil and gas prices, renewables investment in 2015 reached nearly US$290 billion globally—almost double of what was spent a decade ago. Furthermore, new low-carbon generation coming online in 2015 exceeds the entire growth of global power demand in that year, according to the International Energy Agency’s new report, World Energy Investment 2016. This trend, driven by rapid technology progress, cost deflation and long-term price signals is expected to continue, with the renewables share of total power generation anticipated to make up 26 percent of the total global energy mix by 2020.

Electrification can be a solution for air pollution and air quality and can support the decarbonization of electricity generation, helping the world meet its energy needs with less carbon.

High rates of use and overwhelming reliance on diesel fuel and heavy-duty vehicles account for a disproportionate share of emissions, according to the IEA’s Energy and Air Pollution report. Access to electric vehicles can decrease emissions. In Paris, for example, between 2002 and 2012, a mobility plan which included shared bikes, electric vehicles and improved vehicle efficiency decreased 30 percent of NOx emissions and 35 percent of PM10 emissions over the period.

As urbanization continues to increase and the world’s population expands, developing markets are planning ambitiously to support growth and secure their energy future.

As the world’s third largest economy, India accounts for 6 percent of global energy use, and the government is taking steps to provide electricity to the 240 million people who lack access to it. The country’s modernization program (Make in India), has set ambitious growth targets that are anticipated to encourage industry and energy sector investment; the government’s ambitious plan to build 100 smart cities across the country will encourage electrification.

First, the rise of variable energy renewables deployment points to a rebalancing of the energy system; as such, it requires the effective development of new technologies capable of properly managing power systems. Energy battery storage and microgrids can play a key role in balancing systems with large amounts of renewable generation and facilitating the integration of these variable energy resources. These technologies also have the potential to play a key role in countries such as Africa with limited grid access, helping to power these remote regions.

Technology can improve the reliability and efficiency of electrical equipment in power plants, two factors in determining its cost competitiveness, which encourages its use in decarbonization and facilitates its deployment. Two examples are below:

The latest innovation in the solar industry uses silicon carbide in solar inverters and can help achieve 99 percent EU weighted efficiency. The efficiency gain can be translated into US$2.5 million of extra energy produced for a 100-megawatt solar plant over its lifetime.
The Industrial Internet—which looks to link energy production assets together via a central platform such as GE’s Predix—provides a number of cost-saving and efficiency benefits. For example, a connected power plant or renewables wind farm can be monitored remotely, and software analytics can lead to anomalies being spotted before they occur. This can reduce downtime and can deliver electricity where and when it’s needed.
Energy technology and innovation can help us strive towards a world of sustainable energy for everyone. 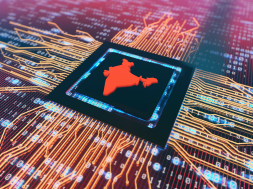 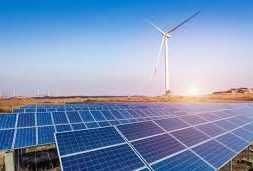 The Energy Transition in 4 Charts 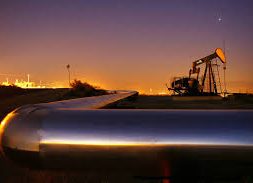