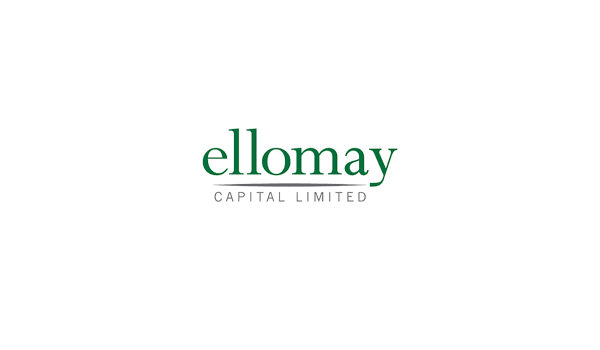 Ellomay Capital Ltd. Announces the Execution of an Agreement to Sell 49% of Its Holdings in the Talasol Project to Two Partners 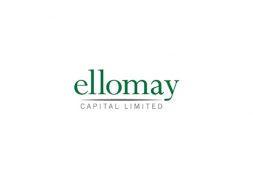 Ellomay Capital Ltd. Announces the Execution of an Agreement to Sell 49% of Its Holdings in the Talasol Project to Two Partners

TEL AVIV, Israel: Ellomay Capital Ltd. (NYSE American: ELLO) (TASE: ELLO) (“Ellomay” or the “Company“), a renewable energy and power generator and developer of renewable energy and power projects in Europe and Israel, today announced that its wholly-owned subsidiary, Ellomay Luxembourg Holdings, S.à.r.l. (“Ellomay Luxembourg“), will sell 49% of the outstanding shares of Talasol Solar, S.L.U. (“Talasol“) to GSE 3 UK Limited and Fond-ICO Infraestructuras II, FICC (24.5%, respectively) (together, the “Partners“) pursuant to a Credit Facilities Assignment and Sale and Purchase of Shares Agreement (the “SPA“). The Partners will pay approximately €16.1 million, subject to adjustments, for the 49% of Talasol’s shares and 49% of the shareholder development loans funding the development budget. This amount also reflect a premium for Ellomay Luxembourg. In addition, the Partners will participate in 49% of the equity requirements under the financing agreement.

Talasol is promoting the construction of a photovoltaic plant with a peak capacity of 300MW in the municipality of Talaván, in Extramadura Spain (the “Talasol Project“) and following consummation of the transactions contemplated by the SPA, 51% of its shares will be indirectly held by the Company.

GSE 3 UK Limited is owned by Capital Dynamics (“Capital Dynamics“), a global asset management firm which manages investor capital across a diversified product base. The Clean Energy Infrastructure platform specifically at Capital Dynamics is dedicated to managing funds on behalf of investors seeking exposure to the renewable power generation market both across North America and Europe.

The SPA further provides that Ellomay Luxembourg will assign to the Partners, in equal parts, 49% of its rights and obligations under the agreements executed in connection with the project finance obtained for the Talasol Project. The SPA provides that the legal risks will be transferred to the Partners on the closing date and the economic yields and results of operations of Talasol’s business will be transferred to the Partners as from December 31, 2018. The payment of a portion of up to €1.4 million of the purchase price will be deferred until the achievement of a preliminary acceptance certificate under the engineering, procurement and construction (“EPC“) agreement of the Talasol Project.

The SPA includes customary representations and warranties of Ellomay Luxembourg and the Partners and a mutual indemnification mechanism for breaches of representations and warranties or of undertakings, subject to time, minimum claims, minimum aggregate claims and maximum liability limitations, as a sole remedy, subject to customary exceptions. The consummation of the transactions contemplated by the SPA is subject to the fulfillment or waiver of several customary conditions precedent by June 30, 2019, including the fulfillment of all conditions precedent under the Talasol Project’s project finance and the entry by the Partners into an equity support agreement.

On the closing date of the SPA, Ellomay Luxembourg and the Partners will also enter into a Partners’ Agreement (the “PA“) setting forth the relationship between the prospective shareholders of Talasol, the governance and management of Talasol, the funding and financing of Talasol and the mechanism for future transfers of Talasol’s shares. The PA provides that all matters brought for a vote at a partners’ meeting, other than specific reserved matters, will be adopted by the majorities set forth in the Spanish Companies Act. The PA includes minority rights for the Partners, and provides that Ellomay will appoint the majority of the board members and that all matters brought for a vote at a board of directors meeting will be adopted by a simple majority of the directors, other than specific matters.

The consummation of the transactions contemplated by the SPA is subject to the fulfilment of conditions precedent, that are not entirely within the control of the Company, Ellomay Luxembourg or Talasol. There can be no assurance as to whether or when the conditions to closing will be satisfied.

Ran Fridrich, CEO and a board member of Ellomay, commented: “The entry of partners to Talasol, which is expected to be one of the largest photovoltaic projects in Europe, will mark the final milestone for financial closing and commencement of construction of the project, which will take place right after. The transaction enables us to create an optimal ownership structure that includes entities with advantages both on the local level and on the financial level, alongside the continued control of the project by Ellomay.”

Ellomay is an Israeli based company whose shares are registered with the NYSE American and with the Tel Aviv Stock Exchange under the trading symbol “ELLO”. Since 2009, Ellomay focuses its business in the renewable energy and power sectors in Europe and Israel.

To date, Ellomay has evaluated numerous opportunities and invested significant funds in the renewable, clean energy and natural resources industries in Israel, Italy and Spain, including:

Ellomay is controlled by Mr. Shlomo Nehama, Mr. Hemi Raphael and Mr. Ran Fridrich. Mr. Nehama is one of Israel’sprominent businessmen and the former Chairman of Israel’s leading bank, Bank Hapohalim, and Messrs. Raphael and Fridrich both have vast experience in financial and industrial businesses. These controlling shareholders, along with Ellomay’s dedicated professional management, accumulated extensive experience in recognizing suitable business opportunities worldwide. Ellomay believes the expertise of Ellomay’s controlling shareholders and management enables the Company to access the capital markets, as well as assemble global institutional investors and other potential partners. As a result, we believe Ellomay is capable of considering significant and complex transactions, beyond its immediate financial resources.

tags: Ellomay Capital Ltd. Announces the Execution of an Agreement to Sell 49% of Its Holdings in the Talasol Project to Two Partners
12