Harnessing renewable energy relies on technologies that are at a nascent stage, which increases costs of generation and the supply of electricity generated. This is particularly true of solar power technology, where the initial investment required is substantial. To promote this sector, incentives are required to raise interest amongnvestors and make renewable energy a financially viable prospect.

Under the Electricity Act 2003 and the National Tariff Policy 2006, the Renewable Purchase Obligations (RPO) is a target set for power utilities to purchase a certain percentage of their total power requirements from renewable energy sources.1 These statewise RPO targets are set by the state electricity regulation commissions (SERCs) on a yearly basis.

In addition to this, the trading of Renewable Energy Certificates (RECs) was introduced in 2010 to help these entities meet the statewise RPOs. By this scheme, the generation company isssued these certificates according to the amount of renewable energy generated. For trading purposes, one REC is equivalent to 1 megawatt-hour (MWh) of electricity generated from a renewable energy source.2

The capital subsidy was the predominant policy instrument to promote renewable energy initially in India, but a mix of policy instruments, such as, subsidies, fiscal incentives, preferential tariffs, market mechanisms and legislation, was encouraged later. India now relies on a combination of mechanisms including various tax and generation-based incentives, RPO, capital subsidies, and accelerated depreciation (Timilsina et al 2012).

The REC trading mechanism and RPO aim to promote investment in renewable energy projects. However, these have been facing issues in terms of poor compliance in meeting RPO targets and low trading in RECs. Enforcement of RPOs and pricing of RECs are primary challenges that need to be addressed in order to promote investment on a larger scale in renewable sources for energy.

Since the RPO and REC framework was implemented there has been poor RPO compliance, with only a few states meeting their respective RPO requirements, which in turn leads to a subdued REC market. At the end of March 2014, solar power accounted for approximately 0.6% of the overall installed capacity in the country (significantly lower than targeted levels) and only 5% of RECs were sold in March 2014. The volume of the RECs available in the market has been increasing over time while the demand for RECs has been very low.3

Figures 1 and 2 show that the number of buy bids for non-solar as well as solar RECs has been much lower than the number of sell bids throughout the six-month period considered in this article, with supply exceeding demand. This has resulted in a low volume of REC trading at the floor price of ₹9,300 per REC for solar and ₹1,500 for non-solar RECs.

Section 142 of the Electricity Act 2003 deals with punishment for non-compliance of directions by the appropriate commission, and SERCs in their RPO regulations have included provisions whereby if the RPO is not met, the commission may direct the obligated entity to deposit a penalty into a separate fund which is created and maintained in a manner as directed by the commission. However, the RPO target setting and enforcement is perceived to be weak, leading to non-compliance by the obligated entities in meeting their annual RPO targets.

Despite state notifications calling for penalties on defaulters, specific guidelines are not in place for RPO enforcement. Lack of efficient monitoring of RPOs also hampers the proper functioning of the mechanism. While annual RPO targets are set by SERCs, there is a lack of adequate central support to help meet these targets.4

The trade of RECs was introduced to address the mismatch between the RPO requirements, and the actual amount of renewable energy generated. However, the low RPO compliance results in low demand for RECs. Though the aim of the REC trading scheme was to reduce costs of renewable energy projects by promoting market forces and competition, participation in REC markets has been too low to result in cost reduction.

In addition to this, investors discount RECs due to the perceived uncertainty and risk over the project life. Solar REC prices fluctuate between ₹9.30/kWh and ₹12.40/kWh while the cost of solar energy from a MW scale plant is estimated at ₹7/kWh. Hence, the REC price is considered to be too high by the concerned entities. There is lack of long-term pricing clarity which makes RECs a risky investment, and further results in their low demand (Rustagi 2014).

The first penalty imposed in India for not complying with RPO requirements was by the Uttarakhand Electricity Regulatory Commission (UERC). In an order dated 22 January 2014, the UERC stated that Uttarakhand Power Corporation Limited (UPCL), the state DISCOM, had repeatedly failed to comply with UERC directives despite being given numerous opportunities to do so. UERC imposed a penalty of ₹20,000 on the managing director of UPCL and had directed UPCL to fulfil its pending RPO by March 2014, failing which it would attract an additional penalty of ₹2,000 per day.5

The Madhya Pradesh Electricity Regulatory Commission (MPERC) took the next significant step. In an order dated 20 October 2014, the MPERC imposed a token penalty of ₹25,000 on the MP Power Management Company Limited (MPPMCL), which is wholly owned by the Madhya Pradesh government, for non-compliance of RPO. While the MPPMCL claimed that they could not fulfil the RPO in the past years through purchase of RECs due to poor financial condition of electricity distribution companies or DISCOMS, this was considered illogical by the MPERC as RECs were available in the market and the retail tariff order for the financial year 2014–15 included the amount to procure energy from renewable sources to meet RPO.6

It should be noted that the instances mentioned are of token penalties imposed which does not redeem the failure of the respondent in the matter.

A fixed specific penalty puts a value on potential costs for non-compliance. This type of penalty gives certainty on enforcement to project investor and improves the bankability of projects. Specific penalties have been imposed in mature REC markets such as Japan, where it has been successfully implemented. Japan has a penalty of up to ₹6,90,000 for non-compliance imposed on an interim and annual basis (Rustagi 2014). Revenue generated through penalty collection could be pooled in a national fund used for incentivising state compliance with RPO targets.

While fixed penalties are implemented in Japan with successful results, it should be noted that Japan already has an existing strong REC market mechanism. India, however, has to increase bankability of RECs in the absence of a strong market mechanism. Imposing such penalties in the Indian context can be made more effective by incorporating other aspects like quarterly compliance of RPOs and ensuring long-term pricing and validity of RECs.

Long-term pricing increases the bankability of a project and reduces the risk involved in the absence of a strong market mechanism. Though the Indian government has declared long-term national renewable energy targets and the Central Electricity Regulatory Commission (CERC) has made declaration of RPO targets mandatory, out of the 26 states that have RPO targets in place, only 10 have specified quota obligations for more than three years. By August 2013, 54% of the projects registered for RECs were from these 10 states. This indicates that states with long-term targets can stimulate participation in REC markets, and that long-term policies and targets can contribute to long term, stable investment in the sector.

A system of quarterly compliance of RPOs is currently followed by Japan which balances the number of REC purchases made throughout the year. While this system could improve the price stability of the REC as well as the cash flow available to developers, an effective monitoring system is required for this.

Since strict compliance regulations and enforcement actions on obligated entities are considered necessary for long-term stable markets to develop, having a uniform system of imposing specific penalties for non-compliance with RPO targets is an important aspect to be considered for the development of India’s renewable energy market.

0
1   0
previous Himachal Pradesh Electricity Regulatory Commission (Renewable Power Purchase Obligation and its Compliance) Regulations, 2010, which were published in the Rajpatra, Himachal Pradesh, dated 29th May, 2010 (hereinafter referred as “the Principal RPO Regulations, 2010”);
next MNRE:Clarification on eligibility of CFA for Grid Tied (Without net metering facility) _ regarding comments 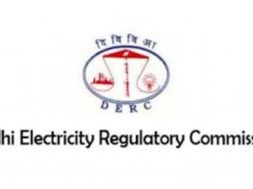