The planned reset of the U.S. Renewable Fuel Standard is likely to set up a fresh battle between two industries, with corn growers wanting the highest possible targets to spur investment, and oil companies eyeing the smallest to reduce costs.

The standard, which expires in 2022, was established in 2007 to boost the Corn Belt economy and help wean the country off of fossil fuels. Refiners are required to blend increasing amounts of biofuels like corn-based ethanol into U.S. gasoline and diesel each year, or purchase blending credits from companies that do.

Oil companies say the policy costs them a fortune. Yet it has fallen short of original targets because production has proven more costly and inefficient than expected, even with subsidies.

The two sources, who requested anonymity because they are not authorized to speak publicly about the matter, said on Monday the EPA was planning to slash the 2022 target to bring it closer to current market realities, but added that the agency had not settled on a number.

An EPA official confirmed the agency is working with stakeholders on a reset proposal, and aimed to finalize its plan by November 2019.

Congress had hoped biofuel production volumes under the standard would hit 36 billion gallons by 2022. But the industry in 2018 produced only around 20 billion, with advanced biofuels – made from things like corn fiber and algae – posting the biggest shortfalls.

As a result, the EPA has been forced to ignore the statutory targets in its annual rule-making process, setting out instead what it views as more realistic and attainable yearly mandates.

For the first time, the EPA wants to officially rewrite the congressional targets for 2020 through 2022. The Trump administration has tried to reduce compliance costs for refiners, drawing the ire of biofuel producers and their legislative backers.

Oil and agriculture groups said the outcome is crucial.

“We are going to ask and we expect to see lower volumes across the board,” Derrick Morgan, a lobbyist for the American Fuel and Petrochemical Manufacturers, said in a phone interview.

Biofuel backers say the program should retain loftier targets in its final years to encourage companies to keep investing in new plants and technology. 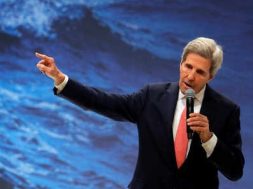