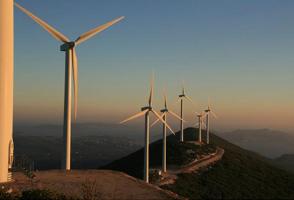 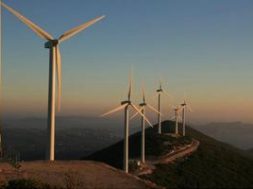 One of the largest financiers of global energy infrastructure, the European Investment Bank, today agreed a new EUR 255 million long-term loan with the Greek Public Power Corporation (PPC), the largest power producer and electricity supplier in Greece, to upgrade electricity distribution across the country. The new 20 year loan, guaranteed by the Hellenic Republic, represents one of the largest ever EIB loans for electricity investment in Greece.

“The reliable supply of electricity and addressing increased energy needs require significant long term investments for the modernization and the reinforcement of electricity infrastructure of the country. Within this context, I welcome the new initiative of the European Investment Bank, which will materially contribute in the improvement of electricity distribution. Besides, EIB has been a long term partner of the Greek energy sector, providing financial support and valuable knowhow”, said in its statement for the signing of the loan agreement  Mr. Giorgos Stathakis, Minister of Energy & Environment.

PPC’s Chairman and CEO Mr. Manolis Panagiotakis stated that “the Greek Distribution Network is a very valuable asset that PPC Group possesses. Within this framework shaped by technological developments and the European policy for the climate, Distribution Networks become the most significant factor in electricity. Thus, Distribution assets will continue to provide us with steady, attractive returns, also with a higher regulated asset base through focused investments. Within this context, the signing of the first loan agreement amounting to EUR 155 million out of a total approved facility of EUR 255 million, is of exceptional importance and we would like to thank EIB one more time for being here today, facilitating our strategic plans to further reinforce and modernize the Distribution Network across Greek mainland and islands. EIB is a strategic financing partner of the Company that supports its investment program in accordance with its business plan, for projects of major importance on the economy, the Greek consumers, the security of supply of the country and the environment.”

Mr. Stefanos Oktapodas, CEO of HEDNO, welcomed the agreement and pointed out that “we are very pleased with this significant investment that will upgrade the critical infrastructure of the distribution network, maximizing the benefits for the energy users, the economy and the environment”.

“Across Europe and here in Greece significant new investment in electricity network infrastructure is essential to cater for future demand reflecting economic growth, ensure reliable electricity supply and reflect changing sources of power generation. The European Investment Bank is pleased to provide EUR 255 million to new investment in the Greek national electricity distribution system that will benefit millions of customers across the country. This builds on the EIB’s strong firm partnership with PPC and track record of financing energy projects across Greece, including renewable energy, energy efficiency, interconnectors to islands and electricity distribution.” said Peter Jacobs, Head of the European Investment Bank’s Investment Team for Greece.

The first European Investment Bank financing for investment in Greece in 2019 will support a EUR 510 million national investment programme implemented by the Hellenic Electricity Network Operator (HEDNO), a wholly owned subsidiary of PPC, within the period July 2017-2020.

The first part of the new European Investment Bank loan, to PPC, parent company of the Hellenic Electricity Distribution Network Operator, totalling EUR 155 million, was signed at the PPC headquarters in Athens by Mr. Manolis Panagiotakis, Chairman and CEO of PPC S.A. and, Mr. Ioannis Kaltsas, responsible for public sector lending by the European Investment Bank in Greece and Cyprus.

The remaining EUR 100 million is expected to be signed as the project progresses.

Energy users across Greece to benefit

Upgrading the national electricity network is crucial to better connect existing and planned wind farms and solar power plants to towns and cities.

Over the last 55 years the European Investment Bank provided EUR 6.4 billion for energy investment across Greece, including more than EUR 2 billion for new power generation and electricity distribution investment by PPC.

This has included backing new investment in wind energy, power distribution and transmission, energy efficiency and security of energy supply projects and technical assistance to share experience from similar schemes elsewhere in Europe.