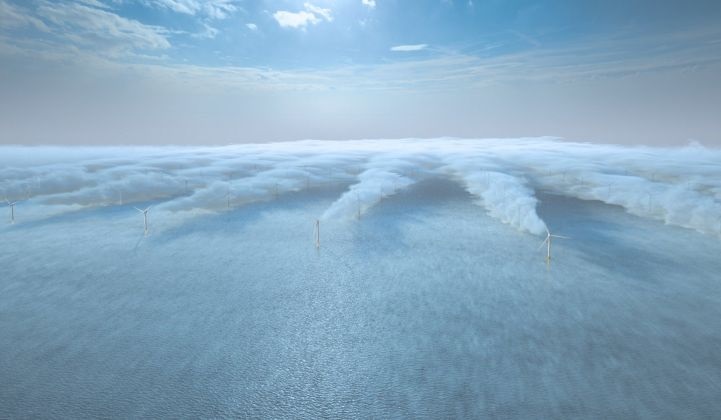 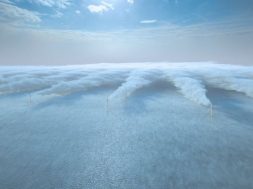 The offshore wind strategy will back supply chains, innovation and cross-border planning for an unprecedented build-out.

The European Commission proposed a 60-gigawatt offshore wind target for 2030 on Thursday, a highly ambitious goal that would require an additional 48 GW of installed capacity in just under a decade.

A longer-term target of 300 GW by 2050 will also be established in support of the EU’s goal of achieving net-zero carbon by midcentury. The electrification of heat and transport, as well as an aggressive green hydrogen strategy, will require a massive target of this kind. Last year the European Commission said its net-zero target, and the broader goal of limiting temperature increases to 1.5 degrees Celsius or below, would require between 240 and 450 GW of offshore wind.

“Europe is a world leader in offshore renewable energy and can become a powerhouse for its global development,” Commissioner for Energy Kadri Simson said in a statement. “We must step up our game by harnessing all the potential of offshore wind and by advancing other technologies such as wave, tidal and floating solar. We need to boost the EU’s domestic production to achieve our climate targets, feed the growing electricity demand and support the economy in its post-COVID recovery.”

The question now is how these targets will be met by European Union nations. No central tender program for renewables at the EU level currently exists. That task is for national governments to take up.

But the EC can provide access to numerous sources of additional funding for grid investments, manufacturing infrastructure and port equipment to serve the offshore wind sector. That includes access to support from the European Investment Bank and the €1.85 trillion ($2.08 trillion) economic recovery package.

Just as crucial could be the EC’s role in coordinating marine and grid planning efforts. Coastal member states are submitting individual seabed plans by March 2021 that will be used as the basis for planning and cooperation.

The European Commission wants countries using the same waters for offshore projects to cooperate on transmission infrastructure. A mechanism for cross-border investment in renewable projects is also in development. It would enable member states to fund projects in other EU member countries and share the benefits. The investor nation would get the contribution to its climate goals; the host nation would get the power.

“We see it as a logical next step to start building offshore wind farms with large interconnectors to several countries,” Rasmus Errboe, head of continental Europe at Ørsted Offshore, said in a statement. “The European Commission agrees on this, and we hope to see the first hybrid tenders, like the Danish Bornholm and North Sea Energy Hubs, take place within the next few years.”

So where will the gigawatts come from?

Germany has a 2030 target of 20 GW, France is looking to tender 8.75 GW by 2028, and the Netherlands will tender for 11.5 GW. Substantial contributions from Belgium, Denmark, Poland and the Baltic nations are also expected.

The strategy aims to develop commercial-scale floating wind projects too. That would open up the Mediterranean Sea for projects as well as increasing the available real estate in the North Sea, Black Sea and the Atlantic Ocean.

“It is important to invest in new technologies and innovation,” said Giles Dickson, CEO at the trade body WindEurope. “Floating offshore will be up to a third of all offshore capacity by 2050. Now is the time to invest in large-scale demonstration projects to reduce costs. But continued…investments in bottom-fixed technology will also pay off. The learning curve is far from over.”