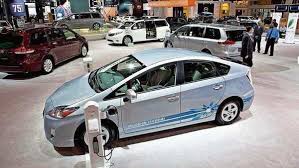 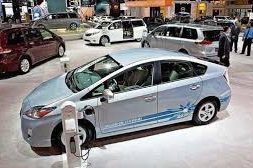 The Society of Indian Automobile Manufacturers (Siam) may drop a proposal to cut goods and services tax (GST) on strong or full hybrid vehicles in its final budget recommendations to the government following stiff resistance from manufacturers of battery electric cars such as Hyundai Motor India Ltd, Tata Motors Ltd and Mahindra and Mahindra Ltd (M&M), said three people aware of the developments, requesting anonymity.

“The auto industry is divided on this issue of hybrid and electric vehicles and this development is a further indication of that. EV manufacturers have been lobbying the government to reduce tax and increase sops for developing India as a manufacturing hub for such vehicles. For hybrid vehicle makers, the high taxes are an impediment. Hence they will try to get the taxes reduced. Otherwise launching full hybrid will be difficult,” said the first person cited above. The development shows a growing divide between automakers regarding adoption of different eco-friendly technologies such as battery electric and hybrid, to replace combustion engines.

A battery electric vehicle runs on a lithium-ion battery and an electric motor, while a hybrid vehicle operates on a comparatively smaller lithiuim-ion battery and electric motor, along with a traditional combustion engine. In India, hybrid vehicles, which are more efficient than traditional petrol and diesel vehicles, are at a disadvantage compared to pure electric ones, because of a significant gap in the tax structure. Last year, the government cut the GST on battery electric vehicles to just 5%, while hybrid vehicles continue to be taxed at 43% (28% GST plus cess). The high taxes are making it difficult for some companies to launch hybrid EVs in the country.

Upcoming regulations such as second phase of Corporate Average Fuel Efficiency (CAFE 2) and Real-time Driving Emission Tests (RDE), to be introduced in 2022 and 2023, respectively, will make it necessary for automakers to include zero-emission technologies such as battery powered electric vehicles and hybrid electric vehicles in their product portfolio. The Union government has also been urging automakers to produce and sell electric vehicles to reduce pollution and curb costly crude imports.

Globally, Japan’s Toyota Motor Corp. has been the pioneer of hybrid technology, selling its hybrid electric vehicles across developed markets like the US, Europe and China. Others such as Volkswagen AG, Hyundai, Renault- Nissan- Mitsubishi alliance and General Motors have bet on battery electric vehicles.

“Each of these options has its unique strengths, challenges and distinctive suitability for different vehicle segments. We believe that policy support should be merit based and extended to all technologies in proportion to their contribution to attaining the national objectives,” a Toyota Kirloskar spokesperson said.

Several automakers are now bringing their eco-friendly vehicles to India with the government promoting EV sales.

Hyundai sells its electric sport-utility vehicle, Kona, while Tata Motors has tasted success with its Nexon electric SUV. M&M and MG Motor India have launched their respective lithium battery powered zero-emission vehicles. The government has earmarked ₹10,000 crore for three years till 2022, as part of the phase two of the Faster Adoption and Manufacturing of Hybrid and Electric Vehicle scheme (Fame), to promote EVs in India.