Ranjit Gupta and Murali Subramanian, former CEO and COO, respectively, of Actis LLP’s Ostro Energy, will raise about $100-150 million from EverSource by selling a controlling stake in the new platform, said two people familiar with the developments.

Gupta and Subramanian have played key roles in building the Ostro platform from 50 MW capacity to 1.1 GW in four years. The duo, who worked together at Indiabulls Power Ltd, co-founded Ostro Energy with investment from Actis in July 2014. Actis which had invested $280 million under Ostro and built a capacity of 1100 MW renewable energy of which 860 MW was commissioned by March 2018.

Renew Power was also launched in 2011 in a similar way as a renewable energy startup, set up by former COO of SuzlonNSE 0.00 % Energy Sumant Sinha where Goldman Sachs had acquired a majority stake.

In April, Everstone Group had joined hands with Lightsource BP, the UK-based leader in renewable energy development, forming Eversource Capital to fund the green energy businesses in India. The platform launched Green Growth Equity Fund (GGEF), with a target of $700 million where the UK government and India’s National Investment and Infrastructure Fund (NIIF) will be co-anchors with a commitment of $160 million each.

When contacted, an Everstone spokesperson declined to comment, while calls and messages sent to Subramanian did not elicit any response. EverSource was launched at a time when several renewable power producers were in fundraising mode either by selling minority, or a controlling stake.

Other major renewable energy producers which are raising money include Hero Future Energies, clean energy arm of Hero Group; Acme Solar which plans to sell assets of 650 MW; and Mytrah Energy Ltd. In May, Kiran Energy Solar was acquired by Hinduja Power Corporation for Rs 1,000 crore.

tags: EverSource to invest up to $150 million in green firm of former Ostro Energy executives
69

0
0   0
previous Extension of time for Scheduled Commissioning Date (SCD) for Solar Projects delayed due to non - readiness of Internal Evacuation / Transmission system by the Solar Power Park Developer (SPPD) / Solar Park Implementation Agency (SPIA) - Reg.
next What policymakers should do to ease the pain of stressed power assets 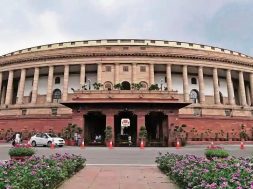