Low prices, high reliability and high efficiency is the requirement of today’s solar industry. Typically, we witnessed 3-4% increase in efficiency and 3-4% reduction cost. So, we could expect the solar tarrifs may continue to go down by 5-8% year-on-year. The cost of production may continue to come down. Bigger factories and lower cost of manufacturing will ultimately lead to reduction in tarrifs over the next few years, but also keeping sustainability, reliability and efficiency in mind.

Sungrow’s high efficiency inverters known for its design engineering, quality & reliability have been widely accepted by Indian market. 2016 has been a great year for us, in terms of acceptance from most of the leading IPP & EPC companies which has enabled us to achieve an order booking of 1.3 GW,1000 V container solution and 70 MW ,1500 V indoor central inverters. These orders compliment the installed capacity of 200MW in India.

Indian market have been very favorable and great support & cooperation have been received by Sungrow for its products. We signed 1.3 GW by September 2016 and will finishing 1GW on ground by June 2017, with big solar players like Renew Power, ACME, Mytrah Energy, Tata Power, Sterling & Wilson, Harsha Abakus, Hero Clean Solar, etc.

Sungrow is aglobal leading PVinverter system solution supplier with over 31GW installed worldwide as of December 2016.Founded in 1997 by University Professor Renxian Cao, Sungrow is a global leader in research and development in solar inverters, with numerous patents and a broad product portfolio offering PV inverter systems as well as energy storage systems for utility-scale, commercial, and residential applications. With a 20-year track record of growth and success, Sungrow’s products are available in over 50 countries, maintaining a market share of around 25% in Germany and 10% globally.

Sungrow factory takes an area of 93,936 m2 and has an annually capacity of 18 GW PV inverters, A new PV inverter factory taking an area of 188,717 m2 is under construction which will lift the annual production capacity to 36 GW within one year. Sungrow is a global leading PV inverter system solution supplier with over 31GW installed worldwide as of December 2016.

India is one of the key focus for the whole world and Sungrow as well. And being one of the top 3 brands in solar inverter industry with appreciable response from customerswe will be finishing 3GW orders by  2017. Also, the present solar industry is such that the prices are going down and customers are seeking more reliablility, Sungrow will be able to fulfill with the requirements and when we talk about GOi target of 100GW by 2022, Sungrow will be sharing 30-35%.

India is a growing market and world is focusing over it for investments. Sungrow India also have some ideas to setup the manufacturing units. Even a Sungrow team from china has visited India in the same regards and explored some regions. Also, GST implementation will be playing a role for the same, so we are keeping an eye over GST implementation and manufacturing units setup plans will be taken care accordingly.

Sungrow offers a wide range of products which include central inverter/ container solutions for 1000V & 1500 V and string inverters for the fast-growing Indian market.

SG33KTL, SG50KTL & SG60KTL are being promoted in the string inverter arena. All the offered products in India boosts a maximum efficiency of 99% making it complementing to its engineering & reliability

Sungrow’s products are certified for applications worldwide. The company has invested its own in-house testing center approved by UL, CSA, TÜV Rheinland, and TÜV SÜD.

Founded in 1997 by University Professor Renxian Cao, Sungrow is a global leader in research and development in solar inverters, with numerous patents and a broad product portfolio offering PV inverter systems for utility-scale, commercial, and residential applications. With a 20-year track record of growth and success, Sungrow possesses a dynamic R&D team which accounts for over 30% of the company’s total workforce. The company has also invested its own in-house testing center approved by UL, CSA, TÜV Rheinland, and TÜV SÜD.

In 2016, Sungrow has unveiled the world’s highest output string inverter – rated at 125kW (1500Vdc) – and became the first PV inverter supplier that provides both central and string inverters rated at 1500Vdc.

India is one of the most focused markets for Sungrow in the world. Sungrow India currently has its sales team operating from Bangalore, Gurgaon& Mumbai, backed by a well experienced technical support team. A very strong, well structured & established service team with PAN India presence ensures the dependency and our sustainable growth in India.

The cost will continue to decrease and there is a trend of transferring to 1500Vdc technology. 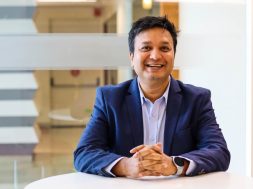 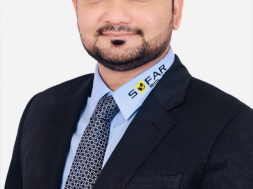 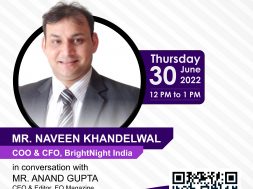