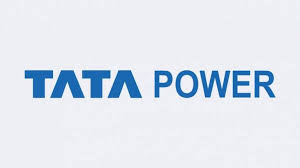 Tata Power, India’s largest private integrated power company, is preparing to join a growing club of Indian companies looking to raise additional capital through a rights issue, people with direct knowledge of the matter told Moneycontrol. The new fundraising plan would be in addition to an ongoing process to establish an infrastructure investment trust, or InvIT, for the firm’s renewable energy assets, they said.

“They are in active discussions with advisors and want to tap the rights issue route to reduce their debt burden and strengthen the balance sheet for expansion purposes,” said a person familiar with the ongoing discussions.

A second person said Tata Power will launch a rights issue of substantial size because of the size of debt. “It should definitely be upwards of Rs 2,000 crore and the final approved amount could be much higher.”

Another person said the company may look at launching the rights issue before mid-August prior to the June quarter results. “Merchant bankers are likely to be finalised in the next few days,” this person said.

All the three persons spoke to Moneycontrol on the condition of anonymity.

Tata Power MD and CEO Praveer Sinha was quoted in a recent media report as saying the company was attempting to reduce the debt to the levels of Rs 25,000 crore by the end of this fiscal year from Rs 44,000 crore. “It is an indicative target. We are looking at various means to do it. We have already started our divestment process,” he said.

Tata Power is also in advanced discussions to close certain divestments in segments such as shipping and hydropower. The company has reduced its debt-to-equity ratio from 2.19 to 1.99 in FY20 and aims to reduce it to below 1.5 in FY21.

The promoter shareholding in Tata Power stands at 37.22% , with Tata Sons holding a 35.27% stake. In the public shareholder’s category, a group of insurance companies led by government owned behemoth LIC hold 12.44% stake in the firm.

Rights issues have emerged as the preferred fund raising route for corporates during the nationwide lockdown triggered by the outbreak of COVID-19. The mechanism has flexibility in pricing, can be executed within short timelines and protects the dilution of existing shareholders.

Reliance Industries (RIL), M&M Financial Services, Future Consumer and Aditya Birla Fashion & Retail are some of the companies that have publically announced rights issues. RIL’s Rs 53,000-crore rights issue was the biggest equity offering ever in the history of corporate India.

There is an InvIT plan too

Tata Power is also looking to raise Rs 6,000-Rs 7,000 crore of equity capital through an unlisted InvIT and is in advanced talks with global investors, according to a fourth individual privy to the firm’s fundraising plans. Moneycontrol was the first to report Tata Power’s InvIT’s plans on June 22, 2019.

This person too did not want to be named.

In response to a query on their InvIT plans, Tata Power said, “We don’t respond to market speculations.”

Moneycontrol is awaiting a response to a query on the rights issue plans and has sent reminders. This article will be updated as soon as we hear from the company.

The firm wants to join corporates like Reliance Industries, Piramal Enterprises and Larsen & Toubro that have tapped global investors and launched InvITs by monetising their operational infrastructure assets.

InvITS are instruments that work like mutual funds and enable direct investment of money from individual and institutional investors in infrastructure projects to earn a small portion of the income as return.

Under markets regulator Sebi’s rules, a company can explore listed and unlisted InvITs, though the latter has gained popularity due to tax benefits.

A report by rating agency ICRA dated April 17, 2020 highlighted the impact of the nationwide lockdown on the power utility’s operations. “The lockdown imposed in India to control COVID-19 pandemic is expected to have an adverse impact on the cash flows of power distribution entities because of decline in electricity demand as well as constraints in collections from consumers, which would in turn affect the cash flows of Tata Power Group,” the report said.

However, the report also added that the company’s liquidity position is expected to remain adequate and would be supported by “the presence of undrawn working capital line of Rs 2,379 crore at a standalone level, sizeable cash balances and the company’s ability to refinance the short-term debt.” A few days earlier, the central government announced a phase -wise relaxation of the nationwide lockdown, which is gradually being implemented by every state.

Consequently, this would have led to an improvement in demand and collections for the company.

Tata Power has an installed generation capacity of 10763 MW in India and a presence in all the segments of power sector — fuel and logistics, generation (thermal, hydro, solar and wind), transmission, distribution and trading. The thermal power generation capacity stands at 6,840 MW while generation through clean sources such as hydro, solar, and wind stand at 3924 MW. The commissioned a total of 4,000 MW at a single location, Mundra, in FY15.

Some of its major projects include thermal power stations at Trombay, Jojobera, Haldia, Jamshedpur, Maithon and Mundra, hydro stations in Khopoli, Bhira and Bhivpuri in Maharashtra, wind farms across five states of Maharashtra, Gujarat, Tamil Nadu, Karnataka and Rajasthan and solar power projects in Gujarat and Maharashtra.