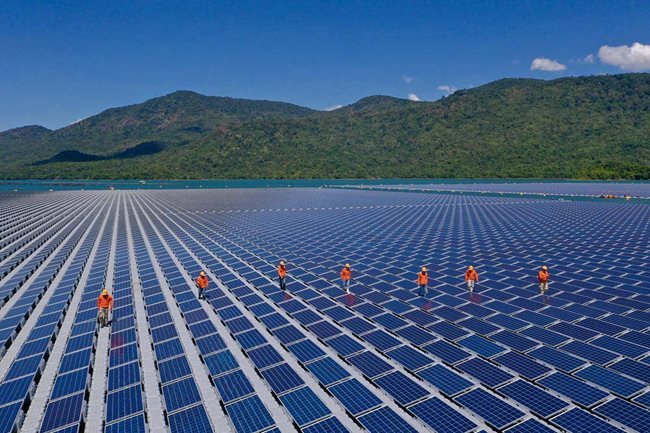 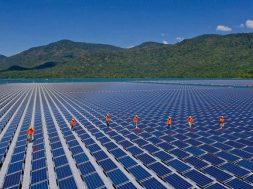 HANOI: When the purchase prices of solar power are set through auction, prices are expected to fall by 30%-40% from the current levels, said experts at a seminar today, November 27.

At the seminar, entitled “Renewable energy in Vietnam-from policies to reality,” a representative of the International Finance Corporation said many countries have set power prices through auctions.

In Vietnam, two auction plans have been proposed: auctioning land lots for developing solar power farms, or auctioning the capacity of transformer stations.

In reality, electricity purchase contracts often include an article that Vietnam Electricity Group (EVN) can cancel such contracts while offering low compensation or cut power supplies due to technical reasons. Speakers noted that EVN should bear these risks, not investors.

A representative of the Asian Development Bank said the bank had cooperated with EVN and the Vietnamese Ministry of Industry and Trade to pilot an auction late next year to set the price of solar power generated from a 200-megawatt project, which requires an investment of over US$200 million.

As of June, Vietnam had had 89 wind and solar power plants, with a total capacity of more than 4,500 megawatts, accounting for 8.3% of the country’s total output. The capacity outpaced the planned figure of 850 megawatts by 2020, as stated in the adjusted National Power Development Planning VII.

It was noted during the seminar that the development of transformer stations and power transmission lines have not matched the recent boom in renewable energy projects, forcing many plants to reduce their capacities by up to 60%.

To meet the increasing demand for electricity, the country has plans in the future to develop the national grid. Accordingly, VND214 trillion will be poured into the 2016-2020 period, and VND610 trillion in the next decade.

EVN, however, will find it hard to raise the capital needed for such projects. Meanwhile, power transmission is still a State monopoly and specific conditions to make use of private resources have yet to be worked out.

According to Tran Viet Ngai, chairman of the Vietnam Energy Association, the risk of electricity shortages has been of concern for many years. Despite the development of coal-fired thermal power projects, these projects have lagged behind schedule and failed to generate the expected volume to the national grid.

Additionally, requirements on environmental protection have put pressure on the investors of coal-fired thermal power projects.

Power plants using coal and petroleum gas have met a huge demand for electricity, but supplies of these fuels are being exhausted, cause climate change and harm human health. Therefore, the study and use of renewable energy resources, such as wind, solar, hydro and biomass power, are an indispensable worldwide trend.