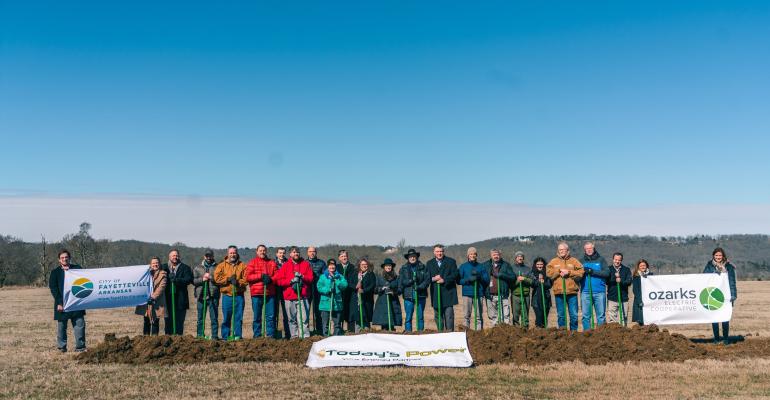 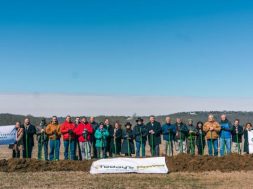 Today’s Power Inc., a wholly owned subsidiary of Arkansas Electric Cooperatives Inc., will be deploying two 6 mW 13 mWh lithium-ion energy storage systems (ESS) in the city of Fayetteville, Arkansas. The systems, which will operate under a long-term agreement between Today’s Power and Ozark Electric Cooperative, are designed to assist in the integration of more renewable energy sources for the local cooperative and help to reduce the electric load during monthly and seasonal peak demand events. This load reduction results in savings for the local electric cooperative and helps to stabilize rates for consumers. Both energy storage systems are being placed on a portion of the grid which has large solar arrays with the intent of charging the lithium units purely from sunlight.

Today’s Power, which delivers new technologies to utilities throughout the south-central United States, recently signed an exclusive distribution agreement with Northern Reliability, Inc. (NRI) from Waterbury, Vermont, and will be contracting directly with NRI for the design and build of both systems.

TPI will manage project construction and provide full operations and maintenance of the solar arrays and energy storage facilities during the 20-year agreement, leasing the necessary acreage from the City. The systems will operate on Fayetteville’s two water treatment facility properties, the Paul R. Noland Wastewater Treatment Facility (east Fayetteville) and the Westside Water Treatment Facility. Ozarks Electric will upgrade and maintain existing electricity connections at the sites. The City will continue its income-producing hay and bio-solid operations at the Noland facility.

“This year, the City Council showed great vision and leadership for their residents when they approved the Energy Action Plan in January 2018,” says Mayor Lioneld Jordan. “Through this important agreement with Today’s Power and Ozarks Electric, the Fayetteville community moves closer to several goals in the Plan. The approval of this solar power and storage project creates the renewable energy our community desires, uses existing City-owned assets more efficiently, adds jobs and promotes economic development.”

This will be the largest solar system on municipal land and the only one that has a utility-scale storage system in the state, says Michael Henderson, president of Today’s Power and the executive vice president and chief financial officer of Arkansas Electric Cooperatives, Inc., the parent company of TPI.

“This transaction could not have happened if it were not for net metering legislation introduced in 2017,” he says. “The Arkansas Public Service Commission and the legislators are to be commended for their foresight.”

“Today’s Power brings to the table two key elements necessary for the integration of energy storage into the cooperative grids across the U.S. market,” he says. “Number one, they are a known and trusted entity within the cooperative space being owned by cooperative and being a division of one of the largest equipment distributors in the market. Number two, Michael and his team understand not only the technical benefits of energy storage, but equally as important the financial constraints placed on cooperatives. Today’s Power has developed a business model that will make adopting ESS solutions beneficial to the utilities immediately and over the long term. This leaves our team at NRI purely focused on delivering the highest quality energy storage product and support. It is exactly where we want to be, and with precisely the right type of partner.”