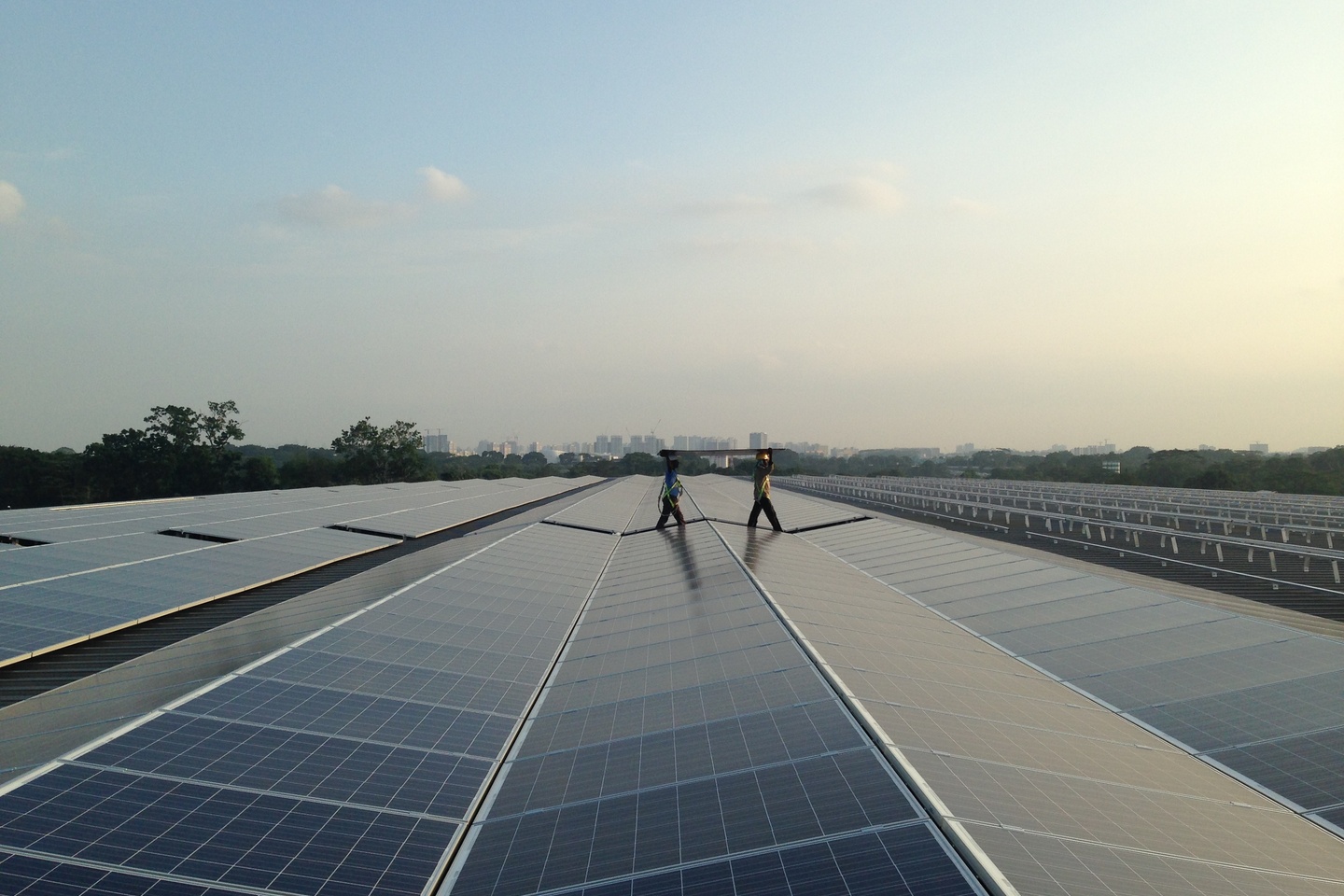 Businesses hardly ever adopt renewable energy for altruistic reasons, but does that matter? In this interview with Eco-Business, Lionel Steinitz, CEO of LYS Energy, talks about why firms go green, and how Southeast Asia can unlock its solar potential.

Lionel Steinitz, the founder and chief executive of Singapore-based renewable energy firm LYS Energy Group, came to Singapore nearly 20 years ago and spent his first year in the city-state serving the French army.

The next 11 years of two decades lived in Singapore to date were spent in the banking industry, until 2011, not long after the global financial meltdown of 2008.

“It felt like people were throwing stones at me in the streets, because [as bankers] people assumed we were responsible for the financial crisis. The job had lost a lot of its appeal at the time,” recalled the Frenchman.

In the year he quit banking, over a series of conversations with a cousin stationed in Singapore doing an internship at a solar company, Steinitz was inspired by the link between solar and finance. “If you invest in a solar project, you get returns by selling energy every month, on a long term basis,” he explained.

Steinitz set up LYS Energy the following year, when the price of energy was high. It was, he said, a “win win” opportunity; he could offer customers green energy that was cheaper than the grid, and investors steady and predictable returns.

“We’re a small company and can’t compete with very large firms on the cost of capital. So, we have to offer something different—innovation,” he said. 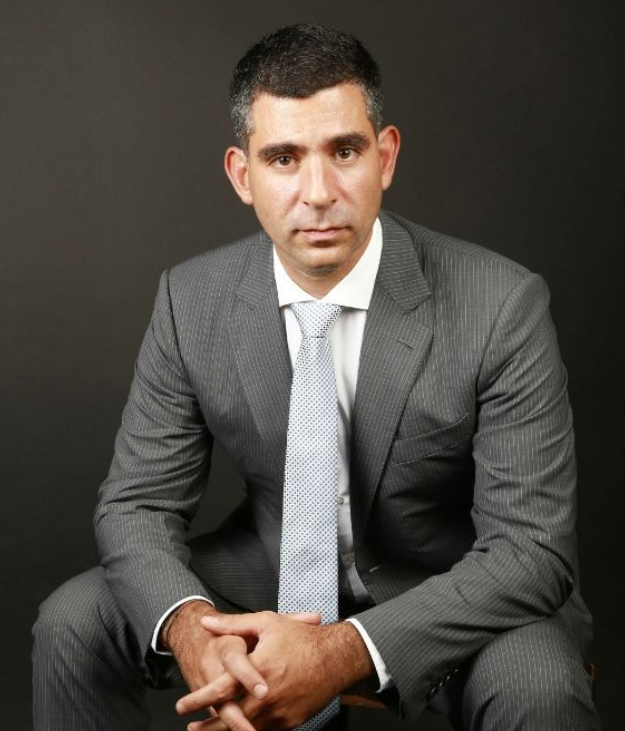 LYS is a pioneer in the trade of renewable energy certificates for companies that are unable to cut all of their carbon emissions. It also offers electric vehicle (EV) firms fully decarbonised solutions and is working on a solar-storage solution it hopes to deploy across Southeast Asia.

But selling solar isn’t always easy in a region that has been slower than anywhere in the world to embrace renewables, and is the only geography in which coal is actually growing in the energy mix.

What is the main the reason corporations are buying renewable energy? Cost saving? Compliance? The goodness of their hearts?
The first is obvious—savings. I have never seen any company adopt renewables purely out of altruism. There’s always a commercial angle. Owners of large real estate portfolios try to monetise their “rooftop assets”, other companies want to diversify their energy source, or simply adopt solar to hedge against rising energy costs.

However, big and small companies are different in their approach. Multinationals, recognising their obligation to reduce their carbon footprint, act as trendsetters. And they know how to leverage this in their marketing and communications.

Smaller firms are more short-sighted and want to see cost savings right away. For instance, they will choose a solar installation purely based on price, with disregard for quality and safety.

What sort of quality and safety issues does solar power face?
The solar industry suffers from a bias in perception: you put a few modules on a roof, connect a few cables, and—bam—you’re a solar installer. But the engineering is complex and subtle if you want to do achieve optimal performance.

Further, “wannabe” players totally miss out on the fact that the critical part of a solar project sits in the 25-year period of operation, when, if you don’t monitor and maintain your system with enough granularity, you will not generate the expected returns.

In addition, a growing concern I have is that second-tier installers may introduce safety hazards into a client’s premises if the solar system is not conceived and installed properly, and one fire incident can set the industry back years.

Some say carbon offsetting gives firms a way to continue to emit without having to cut their emissions, like selling pardons to redeem the dead. What’s your view on that perspective?
Firstly, this statement is absolutely false. Once you’ve made this argument, then what? Do nothing, because it’s not a perfect approach? No.

Secondly, offset mechanisms are a necessity—after you’ve measured and reduced emissions as far as possible.

Two sectors that are particularly difficult to reduce emissions from are aeroplanes and taxis. The aviation business is about putting aircrafts in the air, and that generates a lot of CO2 emissions. The technologies that will allow aircrafts to cut emissions substantially are still years away. The same applies for taxi firms.

We innovated the issuance and the trading of renewable energy certificates in Singapore, which are the instruments available to offset the carbon emissions that cannot be reduced directly.

Some say renewable energy certificates can be unreliable, and companies cannot guarantee that emissions will actually be offset. What’s your view on this?
This may sound naïve, but I believe that the actors in this ecosystem are genuinely interested in addressing climate change and don’t cheat. I am aware however that there will always be some individuals out to make quick money, but the market is essentially driven by climate enthusiasts who want to put a framework together that works for everybody.

Secondly, the certifiers are all audited by independent third parties, are scrutinised by regulators, and the issuance programmes are shared by the platforms. In that respect, blockchain technology, which is increasingly used by certifiers, offers further security.

What’s your view on how renewable energy adoption can be supported by governments?
It is fundamental that there should be no subsidies for renewable energy. Otherwise it defeats the purpose. After the 2008 global financial crisis, in countries where renewables subsidies weighed heavily on government budgets, and consequently were cut and feed-in tariffs ended, the renewables industry collapsed. Any industry that relies on subsidies to sustain itself is going to fail.

Besides, the LCOE [levelised cost of energy] of renewables is dropping year after year. Even though there may be some noise around [the cost of] infrastructure—for instance temporary spikes in prices dues to supply chain interruptions (as we are witnessing today with the coronavirus in China)—the general price trend is down. Consequently, grid parity is here to stay, and there is no justification to use tax payers’ money to subsidise renewables.

The global cost of renewables may be falling but in some countries in Southeast Asia, fossil fuels such as coal are still relatively cheap. Isn’t that a major obstacle for the energy transition?
That obstacle can be overcome, if countries do what Singapore did last year and open up their energy markets.

But in countries where there is a monopoly over the energy market, an open market will mean that the big state-owned utilities will need to find new sources of revenue, which will create a challenge for governments to balance their budgets.

Also, opening up markets too fast may create issues further down the road, and governments have a responsibility to keep critical infrastructure running.

Different stakeholders need to be convinced of the value of renewables.

The mindset of regulators is caution, of bankers is greed, and of consumers is to let others go first and follow later.

Regulators need time to think things through, and make sure any new regulation promoting renewables will not hurt consumers or the country in the future. Their time horizons are different—they think decades ahead, whereas businesses think in quarters. And that is a challenge.

Regarding finance, it is difficult to get the investment community to support renewables. The risks associated with our industry are not well understood or assessed, and the returns are perceived to be too low; I will admit that you will never get the same returns of a hyped high-tech company, but then solar will not take you to the cleaners!

As for consumers, it is still difficult not to go on a holiday to a beautiful place when you have access to cheap air tickets? Right? You get the point.

That’s the hypocrisy of where we are today.

How hopeful are you that this region will make the energy transition and avoid the worst consequences of climate change?
I am an entrepreneur, so I’m an optimist. I don’t give up. A major source of hope comes from my kids—who are 10, 13, 15—and the legacy I will pass on to them.

Even though I feel discouraged and frustrated at times, I believe that we are close to a fundamental change in the energy sector.

I refer to the book Tipping Point: We don’t need a very large percentage of the population to go green for radical change to happen. Instead, the tipping point may be a low double-digit shift where new methods, solutions, and innovations become visible to everyone, and are enough to trigger an overall change in mentality. And I believe we are much closer to the tipping point than many people think.