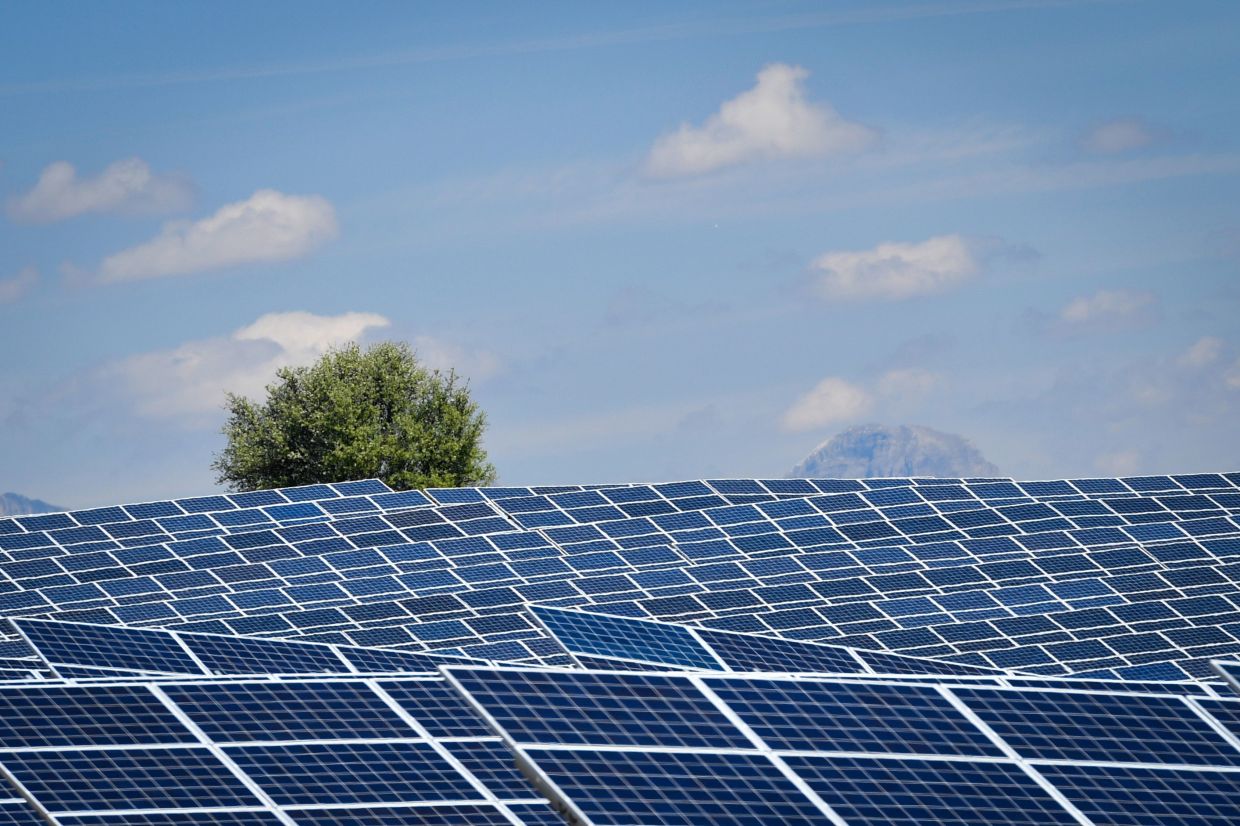 OSLO: In a renewable energy experiment combining sun, water and ice, a Lithuanian power firm aims to install floating solar panels on a lake at a hydroelectric plant this year as part of a small but booming global market for “floatovoltaics”.

Solar panels mounted on pontoons, on lakes or at sea have been fitted in recent years in places ranging from a California vineyard to polluted industrial ponds at disused coal mines in China.

Worldwide, floating solar photovoltaic power, led by China, has surged to 2 gigawatts of installed capacity since the first major project in Japan in 2007.

Despite its rapid growth, it is still only a fraction of the more than 600 GW of installed solar power worldwide, almost all of it on land.

In a novel test, Lithuanian utility Ignitis Gamyba is preparing a tiny floating solar plant on the upper reservoir of the Kruonis pumped-storage hydroelectric plant, backed with 235,000 euros from the Lithuanian Business Support Agency.

“It will be the first project of its kind in the Baltic region,” said Rimgaudas Kalvaitis, chairman and chief executive of Ignitis Gamyba.

“As far as we know, there are some floating photovoltaic projects installed and operating on hydropower reservoirs globally, but operation in freezing conditions is quite a new idea,” he added, noting the project aims to start this year.

The new installation faces a range of technical challenges.

The level of water in the reservoir can change by 10 metres (32 feet) when the hydropower plant is operating at full capacity, with a shift of up to a metre an hour, Kalvaitis said.

That, and the formation of ice on the reservoir in winter, will require installing flexible mooring lines and finding ways to ensure the equipment withstands freezing conditions.

Lithuania is trying to raise its use of renewable energy to meet European Union goals under the 2015 Paris climate agreement, and to reduce energy dependence on neighbouring Russia.

Researchers say it often makes sense to add floating solar to hydropower plants, partly because solar panels can tap into existing infrastructure and link to the power grid.

Solar power can also be used to pump water up to storage reservoirs during the day, where it can later be released at night to provide hydropower when the panels aren’t working.

In summer, floating panels can also slow evaporation of water.

A 2018 World Bank study said that Portuguese utility EDP Group was the first to combine hydropower and floating solar in a hybrid plant at Alto Rabagão in Montalegre in the north of the country, in 2016.

That plant has 840 solar panels covering about 2,500 square metres, capable of producing up to 220 kilowatts of power.

Larger hybrid projects, such as China’s Longyangxia hydropower plant, use solar panels mounted on surrounding land rather than in the water.

Snow falls on Portugal’s Alto Rabagão plant every winter, but “the reservoir itself never freezes,” an EDP official said in an email.

There are other floatovoltaic projects where water freezes, such as in Japan, but these don’t have the sharp changes in water levels as in Lithuania’s hydro plant, the World Bank report says.

Kalvaitis said that Lithuanian floating solar effort could be expanded to cover the entire 300-hectare upper reservoir of the plant if successful.

That could add 200-250 MW of installed capacity, enough for 120,000 households, and roughly equivalent to the production of one of the facility’s existing four hydropower units.

“It’s nice to see and watch the combination of hydro and floating photovoltaics. There is a lot of discussion about such hybrid systems, but very few projects have been implemented,” said Celine Paton, senior financial analyst at the Solar Energy Research Institute of Singapore (SERIS).

She said worldwide installed capacity of floating solar power plants reached 2 GW this year, up from 1.2 GW at the end of 2018.

Putting solar panels on water tends to cost about 15% more than installing them on land – but the higher costs are partially offset by the cooling effect of the water, which can make the panels more efficient and may extend their lifetimes, Paton said.

Other benefits include that floating solar panels, on lakes or at sea, are less likely to be shaded by buildings or trees.

Larger-scale projects are nonetheless under development, mainly in Asia and Europe, he said. South Korea, for instance, is planning a 2.1 GW floating solar site on the coast of the Yellow Sea.

The World Bank report estimated the global potential of floating solar at 400 GW.

But the technology faces many environmental issues, including how the shadows from floating panels darken the water and may affect fish, plants or sediments.

“There is very limited understanding about the potential impacts,” said Alona Armstrong, an energy and environment lecturer who is researching floatovoltaics at Britain’s Lancaster University.

In some places, panels could be designed with gaps to allow light to reach fish, plants or corals, or could involve transparent pontoons, she said. Potentially they also could be moved around, making their shadows more like passing clouds than a permanent sunblock.

New designs are popping up. One floating solar installation in the Netherlands is in the shape of a milk bottle, linked to a floating dairy farm for cows.

The Marshall Islands in the Pacific plans to deploy floating solar panels on lagoons to help the nation shift away from fossil fuels under the 2015 Paris climate agreement.

Armstrong said that floating solar will always involve tradeoffs, both environmental and economic.

“Uptake of renewables needs to happen to decarbonise energy supplies. The question is how can we do it in a way that not only avoids environmental detriments but results in environmental benefits,” she said.

She noted that the first commercial use of floatovoltaics was in California in 2008, when the Far Niente winery in the Napa Valley installed 1,000 solar panels on an irrigation pond rather than digging up valuable vines and installing land-based panels.

The winery estimated that the floating panels avoided repurposing land that produced $150,000 worth of Cabernet wine annually.