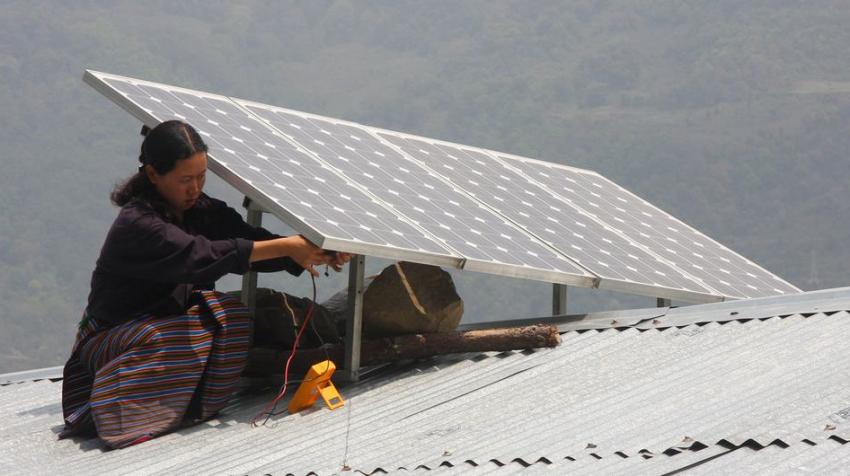 Aiming to drive momentum on clean, affordable energy for all despite a global energy crisis, the first-ever EnergyNow SDG7 Action Forum is bringing together leaders and experts from governments, businesses, youth and other stakeholders for a one-day virtual event on 23 September.

Key players will share their latest actions and solutions for energy access and a just, inclusive energy transition, including updates on Energy Compact commitments totalling over $600 billion, made in connection with the UN High-level Dialogue on Energy one year ago. They will also discuss the impact of the energy crisis and opportunities created by new technologies and trends.

The Forum is being organized by UN-Energy, a consortium of nearly thirty United Nations agencies and international organizations who collaborate on various aspects of energy, with the aim of catalysing achievement of Sustainable Development Goal 7 (clean, affordable energy for all) by 2030 and net-zero emissions by 2050, considered crucial for tackling the climate emergency.

The first Energy Compact Progress Report, prepared by UN-Energy and being officially released at the Forum, shows that in the year since they were launched, Energy Compact commitments have generated US$46 billion in investment, and provided enhanced electricity access to 6 million people and improved access to clean cooking for 14 million people.

Based on data submitted by over 94 Energy Compact proponents, 88 GW of renewable energy capacity has also been installed and 2,450 GWh of energy saved through energy efficiency measures in the 2021-2022 reporting period.

This progress was made even though, according to over 70 per cent of the Energy Compact respondents, the repercussions of the conflict in Ukraine have affected, or are expected to affect, the pace and scale of their energy actions. Although the current energy crisis has seen an increase in the use of fossil fuels to address energy supply deficits, with coal use rising 7 per cent in the European Union in 2022 according to the International Energy Agency, the report states that the Compact community is optimistic that this will be short-lived and that the long-term effect of the energy crisis will be renewed focus towards a green transition where energy systems are more localized and resilient to international shocks, and consist of a much greater share of renewable energy.

Putting into action the global roadmap

The Compacts, with specific targets and timelines, are intended to be a key vehicle for translating into concrete actions and partnerships the Global Roadmap for Accelerated SDG7 Action that resulted from the 2021 High-level Dialogue on Energy. Over 185 voluntary Energy Compact commitments have been registered, and additional commitments can be put forward by Member States, regional/local governments, private sector companies, NGOs or other organizations.

An Energy Compact Action Network, a multi-stakeholder mechanism led by UN-Energy, was launched earlier in 2022 to bring together the Energy Compact community, identifying the opportunities for various partners to work together and support each other in achieving the commitments they have made.

The progress made on the Energy Compacts has also contributed to a number of other Sustainable Development Goals, most notably to SDG13, with 400 million tons of CO2e emissions being averted; to SDG6, with an additional 300,000 people accessing clean, safe drinking water; and to SDG4, with 70,700 new students attending schools through Compact-related actions in the last year.

Mobilizing the UN system and partners

The EnergyNow SDG7 Action Forum will also present highlights of UN-Energy’s achievements since it launched its own Plan of Action earlier this year. The ambitious Plan of Action aims to catalyse energy access for 500 million people, clean cooking for 1 billion and a doubling of renewables, all by 2025. These targets are based on the timeline set out in the Global Roadmap for what is needed to reach SDG 7 by 2030 and net-zero emissions by 2050 in support of the Paris Agreement on climate change.

In 2021, more than 2.4 million rural households in 33 countries benefited from clean, affordable and sustainable energy as the result of efforts by UN-Energy members. Notably, lending from UN-Energy member organizations represents a quarter of global investment in mini-grids, a key technology for bringing electricity to rural areas. From 2017-2021, UN-Energy member organizations have committed over US$ 8.4 billion of financing for renewable energy and energy efficiency projects in developing countries while also helping to mobilize private capital for the sector. More than 48GW of variable renewable energy were added to grids to help communities, businesses, and economies thrive. Moreover, efforts to increase energy efficiency led to more than 90 GWh of savings in 2020 alone.

Globally 733 million people still have no access to electricity, and 2.4 billion people still cook using fuels like wood or charcoal that are detrimental to their health and the environment, according to the latest figures issued in June 2022.