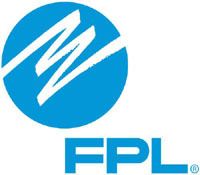 FPL’s solar generation surpasses 1,000 megawatts for the first time ever

FPL’s solar generation surpasses 1,000 megawatts for the first time ever

FPL has 14 solar plants in commercial operation today and four more solar plants that are just days away from completion. During the early afternoon of Friday, Jan. 25, with sunshine across much of Florida, the combined energy generation from FPL’s universal solar portfolio reached its highest-ever total.

“FPL is in the midst of one of largest solar expansions in the history of the U.S. We generated 10 times more solar energy last year than we did in 2016, and we’re investing billions of dollars to advance solar affordably for our customers. Crossing the 1,000-megawatt mark is a symbolic milestone of our commitment, and we look forward to achieving many more milestones like this in the future,” said Eric Silagy, president and CEO of FPL.

For perspective, 1,000 megawatts of electricity is enough to power about 200,000 Florida homes.

Earlier this month, the company announced that it would expand its long-standing clean energy commitment with a groundbreaking “30-by-30” plan to install 30 million more solar panels across Florida by 2030. The plan will result in approximately 11,000 MW of installed solar capacity by 2030.

Florida Power & Light Company
Florida Power & Light Company is the largest energy company in the United States as measured by retail electricity produced and sold, serving more than five million customer accounts or an estimated 10 million+ people across the state of Florida. FPL’s typical 1,000-kWh residential customer bill is approximately 30 percent lower than the latest national average and among the lowest in the U.S. FPL’s service reliability is better than 99.98 percent, and its highly fuel-efficient power plant fleet is one of the cleanest among all electric companies nationwide. The company was recognized in 2018 as one of the most trusted U.S. electric utilities by Market Strategies International for the fifth consecutive year. A leading Florida employer with approximately 8,700 employees, FPL is a subsidiary of Juno Beach, Florida-based NextEra Energy, Inc. (NYSE: NEE), a clean energy company widely recognized for its efforts in sustainability, ethics and diversity, and has been ranked No. 1 in the electric and gas utilities industry in Fortune’s 2019 list of “World’s Most Admired Companies.” NextEra Energy is also the parent company of Gulf Power Company, which serves more than 460,000 customers in eight counties throughout Northwest Florida, and NextEra Energy Resources, LLC, which, together with its affiliated entities, is the world’s largest generator of renewable energy from the wind and sun.