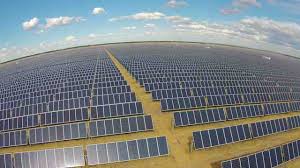 International renewables developer FRV has extended its reach into the Australian market with the acquisition of the 115MW Metz solar farm that is set for construction the the New South Wales New England region.

FRV, which is owned by Arab Emirates-based Abdul Latif Jameel Energy, said on Friday that it had completed acquisition of the NSW solar farm, taking its Australian operating and in construction PV projects to a total of eight.

The purchase comes amid multiple newspaper reports that FRV has put its entire solar portfolio in Australia up for sale. FRV has refused to comment on those reports.

According to its website, the Metz solar farm was planned for development east of Armidale by Infinergy before being acquired by Clenergy, which had the project set for construction in Q4 2020, with all permits secured.

Details of the sale to FRV have not been disclosed, but a spokesperson from the company said more information would be provided once the project had reached financial close. The solar farm is currently underpinned by a Power Purchase Agreement with Snowy Hydro, signed in 2018.

“”This is another high-quality project which will contribute to the expansion of our portfolio of projects in Australia,” said FRV Australia managing director, Carlo Frigerio, in a statement.

“Metz Solar Farm will help us to consolidate our portfolio in New South Wales and help the government to achieve their ambitious target of 12GW of renewables and storage under the Electricity Infrastructure Roadmap that they have launched recently.”

Fady Jameel, deputy president and vice chairman of parent company Abdul Latif Jameel said the new acquisition reiterated its commitment to the Australia renewables market, a comment that goes against the reports of the solar farm sale.

“Enhancing renewable energy infrastructure in key markets is at the heart of our approach, as we strive to build clean energy solutions that meet resilience needs and benefit the planet and its communities for generations to come,” he said.

The construction of Metz solar farm is expected to create jobs for up to 100 workers over the course of a year and, once complete, generate enough power to supply up to 40,000 households