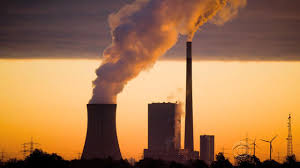 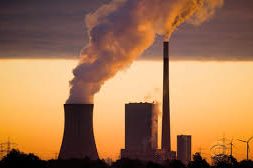 Coal-fired power projects are on the chopping block as the government finally plans to give up its obsession for the dirty energy over rising coal import costs and environmental concerns.

The power, energy and mineral resources ministry has already finalised the plan and will soon send it to the Prime Minister’s Office, with a proposal for shifting to liquefied natural gas (LNG) and petroleum for electricity generation.

If the plan gets the final go-ahead from the highest office, all but five projects will be scrapped, confirmed sources at the ministry.

Years went by, but 13 of the projects could not make any progress or ensure funds to construct the proposed plants.

“Some companies could not secure the funds after getting the approval. So, we are considering it [shutting them down] as they are taking too much time to start the construction work even after getting approval from the government,” State Minister for Power and Energy Nasrul Hamid recently told The Daily Star.

Of those, one unit of the Payra power plant has already gone into production.

“It has been providing 600MW electricity to the national grid for the last few months,” said the state minister, adding that they will now start to construct the second and third units.

Before Payra, the 525MW capacity plant at Barapukuria in Dinajpur was the country’s lone electricity source from coal. The Matarbari plant is all set to start electricity generation in 2023.

Among all other coal-based power projects, the Rampal plant touched off an unprecedented uproar among green campaigners at home and abroad, as it is being constructed close to the Sundarbans, the largest mangrove forest in the world.

The state minister, however, insisted that there is no chance of Rampal power plant being cancelled.

“The Rampal power plant has already completed 40 percent progress in construction work. So, there is no chance it will be cancelled,” he said.

“None of these power plants will cause any harm to the environment as ultra super critical technology is being implemented while constructing these plants.”

Environmentalists, on the other hand, could not disagree more with the government standpoint.

Apart from black smog generated from coal power plants, the fleet of ships carrying coal for the power plants will cause air and water pollution — which will be harmful for the fragile ecosystem of the Sundarbans, they argued.

Environmentalists say such a move against dirty energy will not hamper electricity supply in the near future.

“We do not need coal-based power plants anymore as the production capacity of the country’s power plants is much higher than the existing requirement,” said Badrul Imam, a leading energy conservationist and a professor of geology at the University of Dhaka.

For instance, the country’s electricity demand is now a maximum of 12,000-13,000MW against a production capacity of 20,383MW, Bangladesh Power Development Board data showed.

The country is generating this from gas, oil, hydropower, solar power, and coal-fired power plants. Also, the country’s lone nuclear power plant Rooppur is likely to generate power by 2024.

About the government’s policy for power generation, Tawfiq-e-Elahi Chowdhury, adviser to the prime minister on power, energy and mineral resources, told The Daily Star that the government is looking for alternatives, as power generation with imported coal is going to be costly, aside from the pollution factor.

“Yet we need to increase power generation thinking about future demand. So, the government will go for a mixed approach of power generation using LNG, oil, coal and solar so that the country is not too dependent on a single source,” Tawfiq-e-Elahi said.

When asked about clean energy like solar power, he said the main problems of solar power are that a lot of space is required and there are no cheaper options of storing the power for night-time use.

It would require 10 square km of land to produce only 1,000MW of electricity by solar power, he said.

“Unless new technology is developed that will help to store power, solar power is not viable for us. But we are still using solar power in agriculture. And we have nearly six million home solar users, one of the largest in the world.”