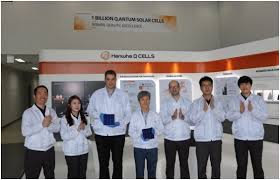 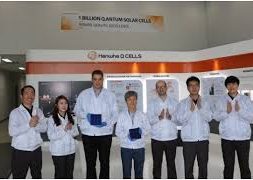 Hanwh Q CELLS announced on Nov. 17 that a Chinese state agency has sided with it in a lawsuit filed by China’s photovoltaic manufacturer LONGi Solar to nullify the Korean company’s patents.

In July and August 2019, LONGi Solar filed the lawsuit with the State Intellectual Property Office of the People’s Republic of China to nullify two Hanwha Q CELLS patents related to PERC cells based on silicon-based high-efficiency cell technology. In early November 2020, the office announced that Hanwha Q CELLS’ patents were valid. PERC refers to technology that boosts energy conversion efficiency by inserting a passivation layer made of a dielectric material into a solar cell.

Hanwha Q CELLS explained that the judgment confirms its intellectual property rights are protected in China, which accounts for the largest portion of PERC production worldwide.

Hanwha Q CELLS previously filed patent infringement lawsuits in Germany in 2019 against three companies — Jinko Solar, LONGi Solar, and REC — which violated the patented PERC technology. In June, Germany’s Dusseldorf District Court ruled in favor of Hanwha Q CELLS in the first trial. As a result of the verdict, the defendant companies will not be able to import and sell patent-infringing products in Germany and are obliged to recall such products that have been distributed since Jan. 30, 2019.