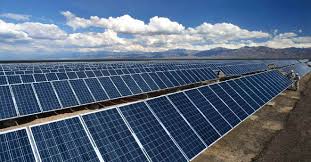 GCL System Integration (GCLSI), a world-leading, one-stop and integrated energy system provider, has announced its co-operation with a Japanese solar energy project construction company to build two utility-scale solar power stations in Japan. Both solar power stations are currently under construction and they are expected to connect to the grid at the beginning of 2022. The two projects won the support of MUFG Bank, Mizuho Bank, SMBC Group and other local banks.

The first project is a 37 MW solar power plant located in Kochi, which covers around 280 000 ha. and is designed to provide 45 000 MWh/y. The station will be powered by the innovative GCLSI cast-mono module.

The second project is a 27 MW power plant in the Kanto region, which covers approximately 240 000 ha. Outlining the details of the project, Riki Li, Country Manager for GCL in Japan, explained: “Getting planning permission was the biggest challenge we’ve faced in this project”. After three years of development, the project was put in motion. The power plant is expected to generate 29 000 MWh/y of power.

Japan has put great efforts into the solar energy development and has shifted its policies towards renewable energy after the Fukushima Daiichi nuclear power plant tragedy in 2011. According to a report from the Institute for Sustainable Energy Policies (ISEP), the installed photovoltaic (PV) capacity had increased by 5.7 GW and reached nearly 54 GW at the end of 2019. This year the market is expected to add over 7 GW of new capacity in the region.

GCL started its silicon business in Japan in 2010 and enlarged its business scope to solar project development in 2014 and module sales in 2017. GCL Japan currently owns 58 MW of solar projects in the region. As a fully integrated clean energy system provider with robust in-house production capable of manufacturing high-quality PV products with high performance/price ratio, GCL is dedicated to providing the best value-per-watt products to its customers. The GCL Japan team is always seeking opportunities to develop solar projects with its partners and contribute to Japan’s carbon-neutral target by 2050.