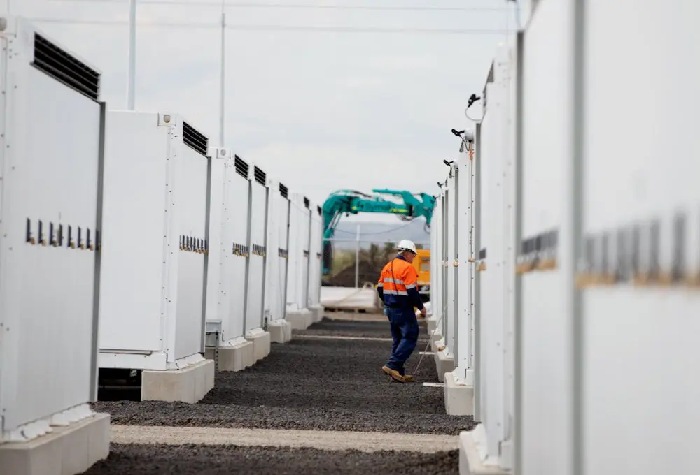 Takeover target Genex Power has bought a massive battery storage plus solar project in Queensland, and plans to kick off the first stage of development with a 400MW, four hour battery – one of the biggest proposed in Australia.

The deal to purchase the 2GW Bulli Creek development from Solar Choice comes a week after Genex rejected a conditional takeover offer from Skip Capital, the private fund of one of the country’s richest people, Atlassian co-founder Scott Farquhar and his wife Kim Jackson.

Genex said in a statement on Wednesday that Bulli Creek will likely be developed over five stages from around 2024, starting off with the first 400MW/1600MWh battery stage, followed by the first stage of the solar PV component of up to 675MW.

Bulli Creek – first publicly unveiled as a project by Solar Choice in 2015 (at the height of the then Coalition government’s pushback against the renewable energy target) is located 100kms south west of Toowoomba, just 4kms from the Bulli Creek substation, and next to a major transmission line.

The plan by Genex to move first with the battery storage component is an interesting one. It is currently building the Kidston pumped hydro facility – 250MW/2000MWh – in the north of the state, and the 50MW/100MWh Bouldercombe battery near Rockhampton.

It also owns two operating 50MW solar farms – one at Kidston and the other at Jemalong in NSW – that have been making big profits in the recent fossil-fuelled price spikes on Australia’s wholesale electricity markets.

Genex says the decision to move first with battery storage at Bulli Creek is prompted by its analysis of the market from the Kidston and Bouldercombe projects.

“The events in the National Electricity Market (NEM) in recent months have only highlighted the urgent need for dispatchable energy storage capacity to manage the transition to a net-zero economy,” it said.

It also has a strong network of partners – including battery provider and revenue underwriter Tesla and J-Power, a partner in a possible wind farm near Kidston – as a result of those developments, and says it is already in discussions with potential joint development partners. It hopes to make a final investment decision in 2H CY2024.

“The Bulli Creek Battery Project is a continuation of our battery strategy and will be one of the largest battery energy storage systems in the National Electricity Market,” Genex chairman James Harding said in a statement.

“This represents an exciting opportunity for Genex to apply the extensive market knowledge and learnings gained from the development of the Kidston Pumped Storage Hydro Project as well as the Bouldercombe Battery Project.”

Of course, much depends on the course of events in Genex’ shareholder base. Its potential bidders have built a 19.99 per cent stake, and would likely have to lift their indicative offer of 23c a share if they want to gain control. The shares last traded at 22c.

Solar Choice will be retained for “certain development services” and will receive a development fee at financial close for each stage of the project.

For Solar Choice founder and managing director Angus Gemmell, it caps a long journey that started in 2013. It achieved planning approval in 2015 and Solar Choice last year bought the 75 per cent stake held by First Solar – which it had earlier bought from SunEdison.

“This is a watershed moment for Solar Choice and the Bulli Creek project in which we have invested an exceptionally large amount of work and initiative over the last nine years,” Gemmell said.

“We are thrilled to be working alongside Genex’s expertise on their delivery of the Bulli Creek Battery and subsequent solar farm stages towards fulfillment of the project’s immense grid and land capacity.”