Nearly 700 leaders from business, cities, philanthropy, multilateral institutions and civil society are gathering this week in Washington, D.C. to kick off Climate Action 2016, a high-level multi-stakeholder climate summit seeking to accelerate global action on climate change. Coming just two weeks after a record 175 governments made history by signing the Paris Agreement, leaders from across society are meeting to develop cross-cutting and innovative strategies that build on the growing momentum behind global climate action.

“Urgent action is critical for meeting the climate challenge and building a clean energy, climate-resilient future,” said Ban Ki-moon, Secretary-General of the United Nations. “That’s why I’m calling for all countries to join the Paris Agreement as soon as possible, and for all sectors of society to take action now to reduce harmful emissions. This event underscores the importance of partnerships to achieve these goals and to forge a safer, healthier and more prosperous future for all people.”

Andrew Steer, President & CEO, World Resources Institute
“As we move to implement the historic Paris deal, we in are a race against time. As we pivot to action, a new group of climate champions are emerging. They are the mayors, investors, CEOs, entrepreneurs, and community leaders who have the power to move markets and transform economies into a new inclusive, sustainable growth model. As we move into implementation, these leaders will need to maintain a sharp focus and determination to meet their commitments and support national climate plans, and then go even further to achieve a zero carbon, resilient future.”

Anne Hidalgo, Mayor of Paris
“Just as in Paris, this Summit demonstrated the power of cities in supporting strong national commitments. Cities are already implementing the Paris climate goals — and through organizations like C40 Cities and the Compact of Mayors, they are further empowered by working together. So now, we call upon every actor, at every level of government, to do their part to implement the Paris Agreement to create a sustainable future for communities around the world.”

Jim Yong Kim, World Bank Group President
“The success of the Paris Agreement will be determined by the actions we take in the critical period from now to 2020. It’s time to mobilize global coalitions and focus resources on the areas that will make the most difference, such as clean energy, sustainable transport, resilient cities, better water management, and climate-smart agriculture. We don’t have a moment to lose.”

Judith Rodin, President, Rockefeller Foundation
“One of the best ways to accelerate action on climate issues is to build resilience. We know that to do this we need innovations in financing, new ways of working, and scaling what works. Individually, everyone participating in the Summit could make a profound impact. Together, we can ensure that we reach the potential and promise of the Paris agreement while creating stronger communities that are better prepared for a range of threats, climate and beyond.”

Laura Tuck, Vice President for Sustainable Development, World Bank
“We have a huge opportunity right now to unite our efforts to reduce the carbon footprint of the transport sector and to make it more accessible, more efficient and safer for all. If we join forces around a global coalition with a clear vision and achievable targets, sustainable mobility for all can become a reality.”

Naoko Ishii, CEO and Chairperson of the Global Environment Facility
“From how we power our homes to the cities we build and the food we eat, political, business and civil society leaders are demonstrating that climate action is everybody’s business. In the wake of the SDGs and Paris agreement, the risks to the health of our oceans, forests, land and climate are all too evident, but the good news is we know what we need to do. Safeguarding and promoting these global environmental commons is the wisest investment we can make.”

Nigel Topping, CEO, We Mean Business
“The Paris Agreement showed world governments mean business! It sets a clear and ambitious direction, based on science, which gives business and investors the signal they need to play their part in building a cleaner safer, more prosperous world. National climate plans under the Paris Agreement are estimated to represent a $13.5 trillion market for the energy sector in energy efficiency and low-carbon technologies through to 2030. Hundreds of businesses and investors are already tapping into these opportunities and are hastening the transition to the low-carbon economy”

Peter Bakker, President and Chief Executive Officer, World Business Council for Sustainable Development.
“Business stands ready to support governments around the world as they begin to translate their NDC climate commitments into tangible actions. We are taking the lead in technological innovation and development. The opportunity has never been more obvious or more relevant. National and local governments can and should turn to business – the world’s most powerful economic force – and use this capability to help make their emissions reduction targets a reality, and accelerate the transition to a sustainable world.”

Rachel Kyte, Special Representative of the UN Secretary General for Sustainable Energy and CEO, Sustainable Energy for All
“Climate Action 2016 is brokering critical new partnerships that will help unlock the financing we need to tackle climate change and alleviate poverty. Securing affordable and clean energy for the world’s most vulnerable citizens will ensure that we make the transition to a thriving, clean economy – and that no one gets left behind.”

Timothy Wirth, Vice-Chair, United Nations Foundation; and former U.S. Senator
“History was made on Earth Day at the United Nations when 175 countries signed the Paris Agreement on climate change. But this isn’t just about nations and governments – tackling climate change will require all of us. I’m encouraged to see leaders from all the world’s sectors stepping up to meet our global challenge as the world wakes up to recognize that climate action is an opportunity to innovate, create, and collaborate.” 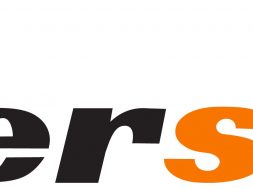