As loss-laden power distribution companies delay millions of dollars in payments for clean-energy capacity, India is looking to create a dedicated green energy trading platform in a bid to give the renewable sector more selling options.The country’s largest power exchange, Indian Energy Exchange Ltd., is looking to roll out a dedicated platform for the trade of clean electricity in the next six months, Rajesh K. Mediratta, a director at the exchange, said in an interview in New Delhi.

“Power purchase agreements with a long time period of 25 years won’t be viable for all of the 100 gigawatts of solar capacity that the country envisages,” Mediratta said, adding that he will soon send the proposal to the Central Electricity Regulatory Commission, India’s power regulator.The push for a better way to buy and sell clean electricity comes as India anticipates an influx of renewable energy spurred on by government support. Indian Prime Minister Narendra Modi aims to install 100 gigawatts of solar, 60 gigawatts of wind and 15 gigawatts of other types of clean energy by 2022 at an estimated cost of $200 billion.

Power distribution companies, facing accumulated losses that the government puts at 3.8 trillion rupees, have been slow to embrace solar and wind over cheaper coal-fired plants. Indeed, the distribution companies, also known as discoms, are finding it difficult to buy green electricity generated from a modest current base of 8 gigawatts of solar and 27 gigawatts of wind capacity.

Some of India’s clean-energy companies, including foreign firms, say they haven’t received payment for the electricity they generate for more than 10 months. A green power exchange would help by providing a fall-back mechanism for power sellers, they say.

“Once it is allowed to sell power to any third party in case of default or a delay in payments from discoms, the seller has an option to sell its electricity through an exchange, subject to enabling open access requirements, and hence recover its return in part or full,” Sanjay Aggarwal, managing director at the Indian arm of Finnish utility Fortum OYJ, said in an e-mail.

This may help reduce the risk of delays in payment by distribution companies to some extent, Aggarwal added.In January, Fortum won the right to develop 70 megawatts of solar capacity at a record-low bid of 4.34 rupees a kilowatt-hour at a government auction.Indian Energy Exchange’s Mediratta plans for both a day-ahead market, where buyers and sellers decide on a transaction a day ahead of green electricity supply, and a spot or intra-day market.”Not only will developers be encouraged to build extra capacity, as lenders will be assured of off-take, no one will be stranded without options,” he added.

According to Bloomberg New Energy Finance, the spot sale of power opens up a project to fluctuating revenue driven by daily demand and supply as opposed to a fixed revenue stream assured by power purchase agreements.”This could make it difficult for developers to get projects financed andonly some portion of a project’s generation may, therefore, be seen sold on the exchange,” said Ashish Sethia, head of Asia-Pacific gas and power analysis at BNEF.At present, clean energy developers sign a 25-year power purchase agreement with the government, where the tariff for solar projects is discovered and fixed through auctions, while wind is a feed-in-tariff determined separately by each state.

The IEX’s spot power market saw the highest-ever monthly trade in the month of July, up 14 percent over the same period last month, according to a news release. 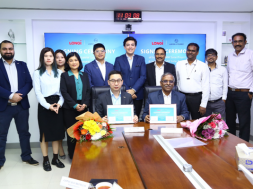 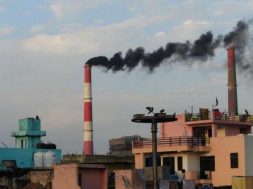