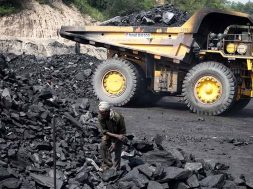 New Delhi: Indian government subsidies for fossil fuels, including oil and gas, have decreased by 76% over the three years to 2017, but subsidies for the coal industry have remained stable over the same period, a new study by think-tank International Institute for Sustainable Development (IISD), has found.

India, the world’s second largest consumer of coal and the fourth largest emitter of carbon dioxide, accounts for 7% of global emissions and continues to subsidise the loss-making, polluting coal industry. Burning of fossil fuels, such as coal, is the largest source of greenhouse gas emissions warming up the planet.

The biggest chunk of coal subsidies was on customs and excise duties, to reduce input costs for coal-fired power generation. In 2017, the coal industry received concessions worth Rs 7,523 crore ($1 billion) on customs duty on imports. The same year, the coal sector also received concessions on excise duty amounting to Rs 6,913 crore ($960 million). Together, these formed 91% (Rs 14,436 crore) of coal subsidies in 2017, said the IISD study.

Despite these concessions and high demand, investors have seen their holdings in key Indian coal-mining and coal-based power companies underperform the Bombay Stock Exchange’s Sensex by an average of 10% a year since 2013, costing Rs 25,000 crore ($3.5 billion) in forgone returns, according to a December study by the non-governmental environmental organisation Greenpeace.

Government policies on coal subsidies saw major changes in 2017, with the introduction of the goods and services tax (GST), a unified tax which subsumed several indirect taxes, including customs and excise duties. The net value of coal subsidies, however, was unlikely to reduce significantly in 2018, said the IISD report.

While abolishing concessional custom duty rates increased the price of coal imports in 2018, the introduction of a new concession of 5% on the sales tax rate for coal under the GST nearly offset the difference, said the report.

The concession under GST provided subsidies to coal worth Rs 12,122 crore ($1.7 billion) in 2018–84% of the subsidies received by coal in 2017 under former customs and excise duty rates, as per the IISD study. While this represents a decrease, it reflects only a part of the actual subsidies received by the coal industry.

A less conservative definition of a subsidy that includes external costs would reveal the true extent of the subsidies to the coal sector in India.

The lack of penalties for non-compliance with India’s environmental norms has also been considered as a subsidy in the IISD study.

Thermal power companies in India escaped penalties worth Rs 853 crore ($119 million) in 2014 and Rs 981 crore ($137 million) in 2017 for not washing coal before use, as per environmental regulations. This was the “largest subsidy” identified by the IISD study in the “non-compliance” group of subsidies.

The total untaxed external costs associated with coal use were worth Rs 12 lakh crore ($196 billion) in India in 2015, the IISD report said, citing calculations by global monetary cooperation organisation, the International Monetary Fund. This is nearly 400 times the entire environment ministry budget of Rs 3,111 crore in 2019-20.

Electricity transmission and distribution (T&D) is the largest single recipient of energy subsidies in India, receiving concessions worth Rs 83,313 crore ($11.7 billion) in 2017. Though India is making efforts to turn its electricity grid greener, with 20% of T&D based on renewable sources, T&D continues to largely support coal-fired electricity in India, with 60% based on coal sources. About 60% of the subsidies T&D receives are thus effectively coal subsidies, as per the IISD study. IISD, however, has not included T&D subsidies in calculating the total coal subsidies in 2017.

But although coal remains the source of about 60% of India’s electricity production, the sector is under stress. With higher costs than solar- or wind-based electricity production, and the burden of green taxes, it is beset by financial difficulties. Poor coal supply, locations distant from coal sources, use of outdated equipment and lack of long-term power purchase agreements were cited as the main causes of financial stress in the coal sector by a parliament committee report.

Over the past 4-5 years, India added 20 GW of fossil fuel-based thermal power generation capacity annually. But, in FY 2017-18, this slowed down substantially, with a net capacity addition of just 5 GW, Vibhuti Garg, energy economist at think tank Institute for Energy Economics and Financial Analysis and a co-author of the IISD study, told IndiaSpend. This excludes the capacity of retiring power plants and captive capacity [a power plant that an industry builds for its own use] from the total thermal capacity addition in the country.

“In FY 2018-19, it is expected that the net addition will be -0.5 GW or [-500 MW], implying that there were more retirements than capacity added in the past year, so 2019 will be crucial [for the transition from fossil fuel-based to greener sources of energy],” Garg said.

About 40 GW of coal-fired power projects are also stranded, with work yet to begin or curtailed due to financial unviability. Of this, 15.7 GW–or 39%–is not even commissioned, according to government data.

Some of these projects had signed long-term agreements at low tariffs. A subsequent rise in the cost of coal-fired generation due to higher coal prices–particularly of coal imports–as well as the cost of freight charges for coal transportation made these projects financially unviable.

T&D companies also have to a pay a higher tariff for power from coal-based power plants. The tariff is Rs 4.39 per kilowatt-hour [kWh or unit] from a new, state-of-the-art, emissions-compliant coal-fired power plant with all favourable conditions (e.g., location close to coal source) in place, compared to Rs 2.5-3.0 per unit for a renewables project, according to government data.

The debate: Coal provides the base load but increases pollution and emissions

Views on the effectiveness and efficiency of India’s coal subsidies are likely to be heavily influenced by the debate on coal versus renewables in India’s energy future, said the IISD study, presenting both sides of the debate.

Advocates for coal argue that it is the cheapest option for round-the-clock power generation to meet India’s growing energy demand. This includes demand for energy access because it provides low prices for consumers through a rich domestic resource that aids energy security. According to them, coal bears most of the load of providing electricity and potentially balancing capacity for fluctuating renewable energy sources, said the IISD study, adding that renewables receive large subsidies per unit of energy generated, so subsidies for coal are needed to help redress the balance.

Yet, based on recent auctions, grid-scale solar and wind are now fully competitive with coal, without the additional costs that coal use imposes on citizens, including health issues associated with air pollution and greenhouse gas emissions, the study said.

(Tripathi is a principal correspondent with IndiaSpend.)