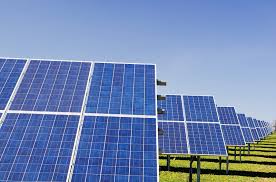 Measures are being taken to ensure 50% of Sri Lanka’s total power generation is derived from renewable energy, including large hydropower plants by 2030, while the Government has also pledged to reduce carbon emissions by as much as 16%.

According to the Power and Energy Ministry spokesperson Sulakshana Jayawardena, these conditions include receiving help from institutes or other governments to develop the capacity to reduce carbon emissions. In addition to this, the Government is also promoting solar rooftop systems that can be installed by interested individuals.

The steps to promote renewable energy in Sri Lanka follow policy outlined in President Gotabaya Rajapaksa’s election manifesto, in which it is stated that the country’s renewable energy mix will be increased to 40% by 2030. This could increase to as much as 80% with large hydro projects.

This will be achieved via the 230 MW added to the national grid through the Broadland hydropower station by 2020, Uma Oya by 2021, Moragolla by 2023, and Talapitigala and Seethawaka by 2024. In addition to this, the manifesto also mentions that the 100 MW wind power plant will be constructed in Mannar by 2021, with an additional of 800 MW of solar energy in potential locations like Mannar, Poonareyn, and Monaragala.

In accordance with the policy outlined in the election manifesto, the Government is taking measures to increase the current supply of 600 MW of small-scale renewable energy that does not include hydropower plants.

“When it comes to large hydropower plants, it is around 1,400 MW,” Jayawardena said, adding: “There are more than 128 MW of wind power plants, 61 MW of utility-scale solar power plants, and another 260 MW of capacity on solar rooftop systems.”

He went on to say that at present, 10% of the total annual generation was renewable power, although plans are being put in place to develop solar and wind power plants.

“At present, there is a 100 MW wind power plant in Mannar which is being constructed by the Ceylon Electricity Board (CEB) and two 10 MW projects in Chavakachcheri,” Jayawardena went on to say, explaining that in addition to these plants, tenders had been awarded to 1 MW solar power projects that amount to 134 MW, of which 6 MW have already been connected.

Public Utilities Commission of Sri Lanka (PUCSL) has also given approval for 150 MW of solar power and 60 MW of wind power and successful bidders will be chosen once tenders are issued.

“We follow the tendering process due to a provision of doing so when providing electricity to the system. This is to ensure that the least cost principle is applied,” Jayawardena explained.

He added that the International Finance Corporation (IFC), which is linked to the World Bank, is conducting a feasibility study to develop 130 MW of solar power at Poonareyn, while the CEB is planning to call tenders for the development of 100 MW solar power plants in Siyambalanduwa.