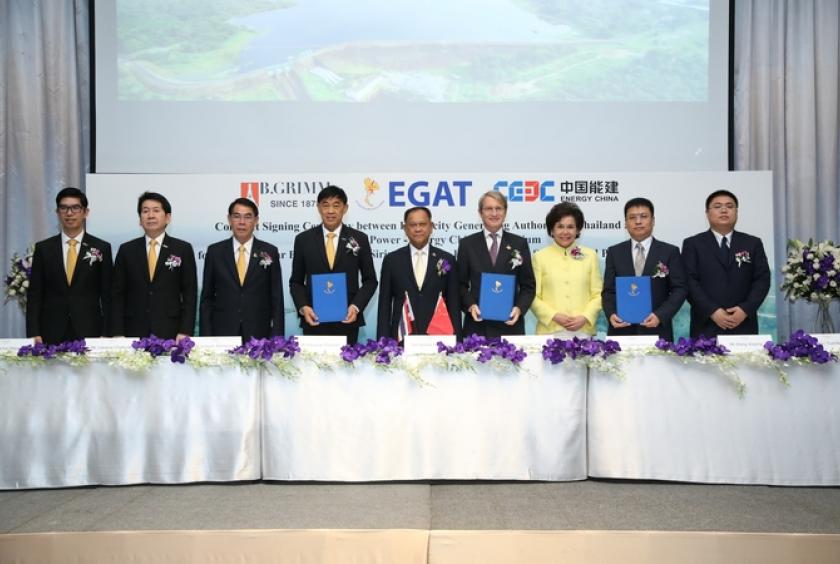 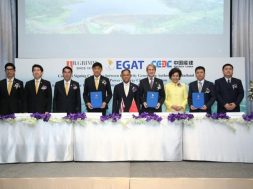 Implementing this project is an important co-friendly energy scheme that will encourage and strengthen the kingdom’s security of power supply.

Gen Somsak said the project creates synergy between solar and hydro power, representing an important step in the development of green energy in Thailand and resolve an uncertain electricity supply from renewable energy.

This project’s development is consistent with the government’s policy to support electricity production from renewable energy and reduce dependence on fossil fuels for electricity generation according to the current Power Development Plan of Thailand (PDP2018).

Thepparat said the hybrid hydro-floating solar for Sirindhorn Dam and the solar power plant generate power from sunlight during the day, along with output control by the Energy Management System (EMS), allow continuous generation of electricity which will enhance reliability of the country’s overall power supply.

In the future, an energy storage system would potentially be applied with the project to increase reliability for renewable energy production.

The solar panels selected for the project are crystalline double glass module which is suitable for being installed on the surface of water, also the solar panels, inverters and cables will be installed on HDPE plastic floating platform, with UV resistance ability. It is eco-friendly, not dangerous to the environment and aquatic animals. The project will be installed on a surface area of 450 rai at low cost of investment by sharing facilities with the existing transmission system, transformers, and high voltage substations etc.

The project is expected to complete within 12 months from now and commercial operation date (COD) was set in December 2020.

BGRIM Chairman Dr Link said that entering into this contract marks another milestone for BGRIM to demonstrate its potential in engaging all dimensions of energy development.

He noted that the hydro-floating solar hybrid project at Sirindhorn Dam is regarded as a major step in the development of renewable energy in Thailand.

It also enables BGRIM to increase the potential and standards in the development of robust renewable energy business and serving government’s policies. Our participation in this project will open up opportunities for other floating solar projects.

In partnership with a global partner, Energy China, one of the world’s largest comprehensive energy solutions provider and a major state owned- conglomerate of the People Republic of China with high potential and cost-effective advantages in procurement, allows the highest standard of engineering and of construction. We, the consortium, is confident that the project will achieve COD with international benchmark, Dr Link added.