Thailand is creating one the world’s biggest floating hydro-solar hybrid projects on the surface of a dam, which is close to completion.

The state-run Electricity Generation Authority of Thailand (EGAT) aims to replicate this at eight more dams over the next 16 years.Head of the initiative Chanin Saleechan has said this could generate 2,725 megawatts of electricity, once all the projects are completed in every dam.Thailand is aiming to draw 35% of its energy from non-fossil fuels by 2037.

About 144,417 solar panels are being installed on a reservoir in the northeast province of Ubon Ratchathani, where workers are completing the last of seven solar farms covering 300 acres (121 hectares) of water.

The state-run Electricity Generation Authority of Thailand (EGAT) is touting the pilot project as one of the world’s largest hybrid hydro-solar power ventures and aims to replicate it at eight more dams over the next 16 years.

“When all the projects are completed in every dam, we will have total capacity to generate 2,725 megawatts,” project head Chanin Saleechan said.

Thailand has long relied on coal for power, but plans for new coal-fired projects have been met with opposition over health and environmental risks, and two proposed southern coal plants were shelved in 2018. 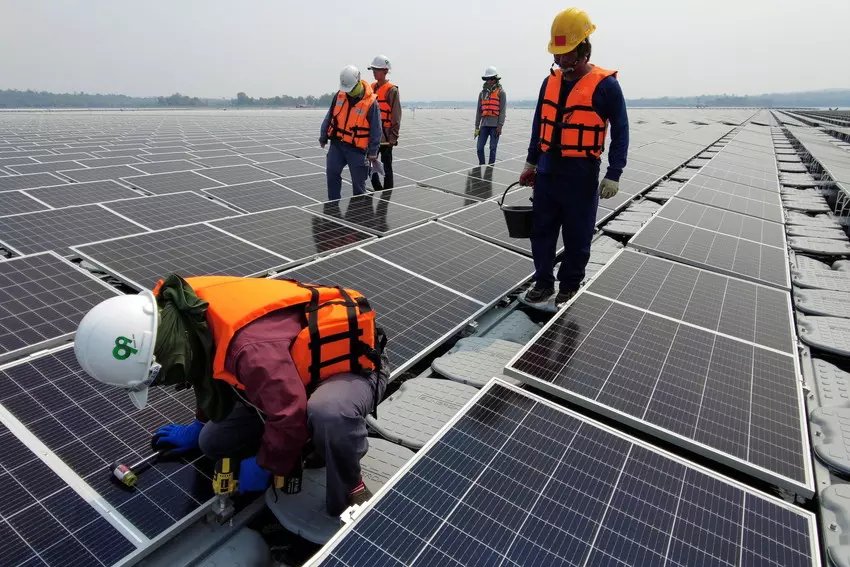 It is aiming to draw 35% of its energy from non-fossil fuels by 2037, according to its latest Power Development Plan.

Since November, EGAT has been putting together floating solar platforms at the Sirindhorn dam, one of the country’s largest hydropower sites, which it says should be able to generate 45 megawatts of power.

An Energy Management System will be used to switch between solar and hydropower, depending on which can generate more electricity, a hybrid system Chanin said allows continuous power generation.

In August 2020, EGAT governor Viboon Rerksirathai was quoted in the Bangkok Post as saying that the state utility had power reserves of 40% of total capacity but that it plans to reduces those reserves to 15% to curb high electricity costs.

“The issue here is, there is a high level of electricity reserves, so the investment on this green energy is being done without considering demand,” he said. “Of course we support the investment on renewable energy over fossil fuel. But our priority is also energy efficiency.”