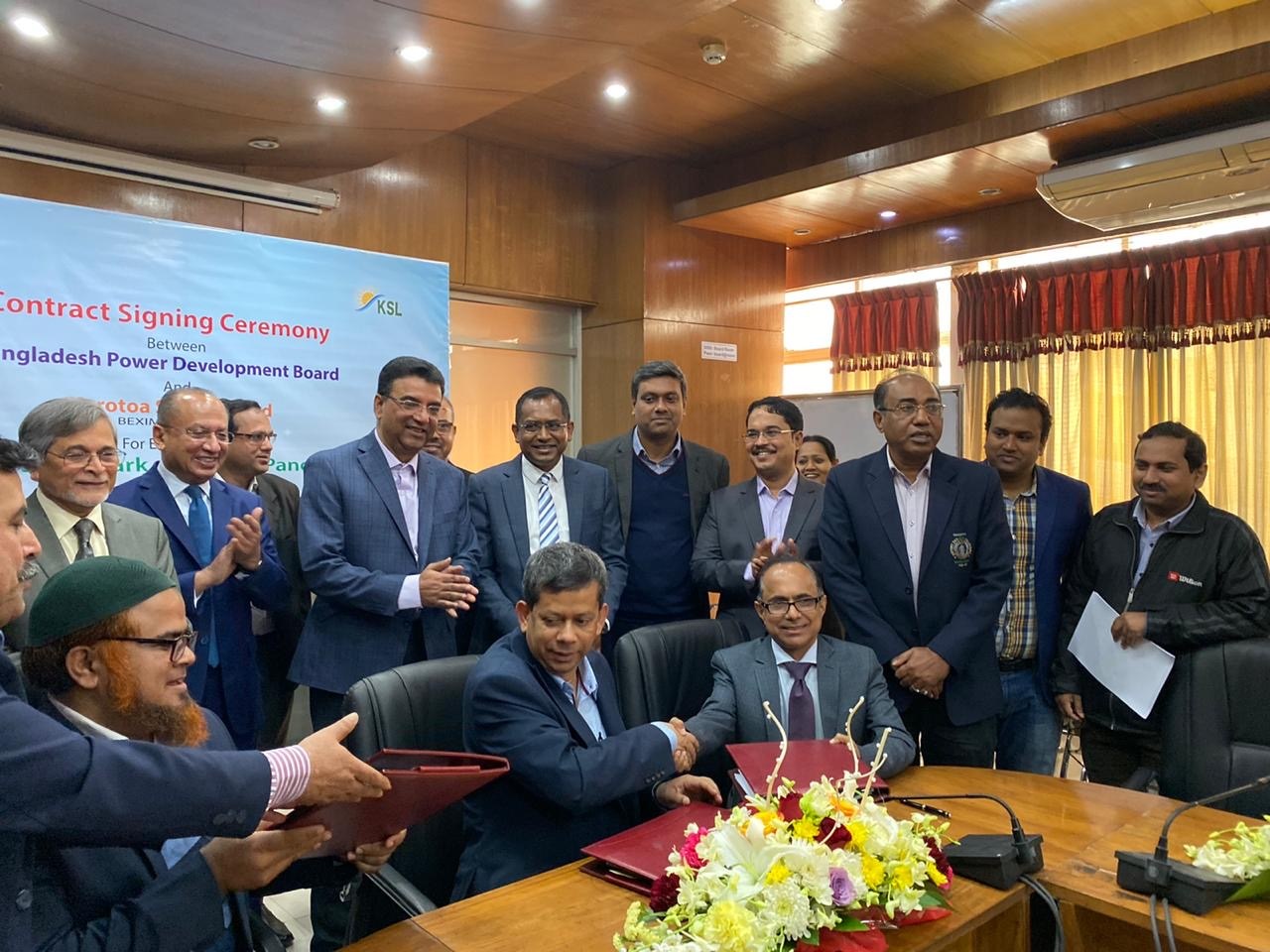 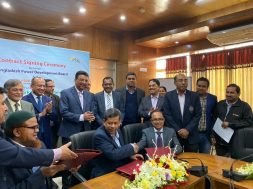 Korotoa solar, a joint venture between Beximco Power Company Limited (80%) and Jiangsu Zhongtian Technology Co. Limited (20%), will implement the project on 130 acres of land under an implementation agreement (IA) inked on the same day with the Ministry of Power, Energy and Mineral Resources.

Joint Secretary of the Ministry of Power, Energy and Mineral Resources Sheikh Faezul Amin, company secretary of Power Grid Company of Bangladesh Limited (PGCB) Jahangir Azad and the KSL MD signed the IA on behalf of their respective sides while Chairman of BPDB Engr. Sayeed Ahmed and senior officials of the ministry, BPDB, PGCB and Beximco were present.

According to the 20-year PPA terms, BPDB will buy the electricity to be generated from the plant at US cents 13.9 per unit (KWh).

Investing around US$ 45 million, the joint venture is expected to implement the project within eight months from signing of the day’s agreements.