Govt must learn from its failure before launching UDAY 2 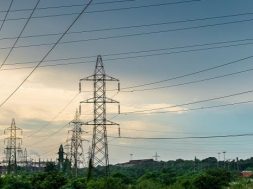 Govt must learn from its failure before launching UDAY 2

While the Centre plans to come up with Ujwal DISCOM Assurance Yojana (UDAY) 2.0 after the first one failed, experts feel this version of the scheme will meet the same fate as the government has not learnt anything from its experience.

“The government must take care of three things in the new scheme. First, it should ensure that short-term borrowings by DISCOMS are monitored. Second, DISCOMS should get regular payments. Third, all states should follow one methodology to measure aggregate technical and commercial (AT&C),” Ashwin Gambhir from Pune-based non-profit Prayas said at an event organised by New Delhi-based non-profit Centre for Science and Environment (CSE) on the state of renewable energy.

While giving an overview of UDAY, Jatin Babbar, associate director of KPMG, said there were few hits and many mores misses.

When the government launched UDAY in 2015, it wanted to improve the financial health and operational efficiency of the country’s debt-ridden power distribution companies. However, the scheme failed to achieve this target. So far, only seven states including, Tamil Nadu, Telangana, Kerala, Gujarat, Andhra Pradesh, Goa and Himachal Pradesh, have registered losses below 15 per cent and rest of the states have failed to achieve even this.

The scheme also requires distribution companies (DISCOMs) to bring down the gap between average cost of supply and average revenue realized to zero. Instead of reducing this gap, a number of states — Punjab, Jammu and Kashmir, Manipur and Goa — have seen this gap widen in the last few years, said a study done by the National Institute of Public Finance and Policy. It added that only few states like Gujarat, Karnataka, Himachal Pradesh and Telangana have performed well on most parameters of the scheme.

In the last week of December, Union power minister RK Singh said the government had been focusing on increasing access to electricity, but now plans to shift focus to less reduction. And, for this it plans to introduce UDAY 2.0, which will be aimed at reducing the loss of DISCOMs.

tags: Govt must learn from its failure before launching UDAY 2
47
previous Budget expectation on behalf of Mr. Ashit Maru, Co-Founder, MYSUN
next Budget 2019: Solar industry needs allocation of separate funds, along with subsidies