Sales of renewable energy certificates jumped about 58 per cent to 17.45 lakh in the first half of this fiscal, indicating increasing compliance of renewable purchase obligations (RPOs). Power distribution companies as well as open access and captive consumers are under obligation to buy RECs from renewable energy producers under RPO mandated by central/state regulatory commissions. RECs are aimed at providing an easier avenue for various entities, including power distribution companies, to meet their green energy obligations. “The quantum jump in sale of RECs at 17.45 lakh in April-September period compared to 11.05 lakh in the same period last fiscal clearly indicates the increase in compliance by utilities and other consumers,” a power exchange official said. He added that the sale of RECs in 2016-17 would be higher than the previous fiscal’s figure of over 49 lakh. Two power exchanges — Indian Energy Exchange (IEX) and Power Exchange India Limited (PXIL), approved by the Central Electricity Regulatory Commission — hold auction of RECs on the last Wednesday of every month.

According to the data available on both exchanges, IEX has sold 11.81 lakh RECs in April-September this fiscal compared to 8.73 lakh in same period in previous financial year. Similarly, PXIL sold 5.64 lakh RECs in the six month period compared to 2.32 lakh a year ago. However, the sale of RECs in September this year has dipped to a four-month low of 2.06 lakh on the two exchanges compared 2.98 lakh in August. As per data on both the exchanges, RECs sale was 2.73 lakh in July, 4.68 lakh in June and 1.82 lakh in May this year. A PXIL official said, “The RECs sale volume picks up in the latter part of fiscal to meet the statutory requirements. The sale so far has indicated that the compliance of RPO is increasing. Thus RECs sales volume would be higher in the current fiscal compared to over 49 lakh recorded in 2015-16.” Sale of RECs had increased by about 62 per cent to 49.56 lakh last fiscal as compared to 30.64 lakh in 2014-15. One REC is equivalent to 1 MWh of electricity generated from renewable sources. Under the REC mechanism, an entity can generate electricity through renewable resources in any part of the country. The generator receives the cost equivalent of electricity produced from any source while the environment attribute is sold through the exchanges at market-determined price.

0
0   0
previous All villages to be electrified by May 2017: Piyush Goyal
next AP govt plans to generate solar, wind power in big way: CM 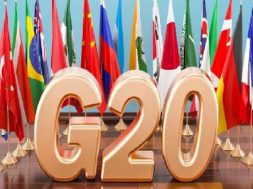