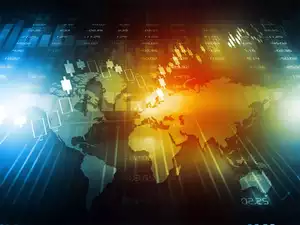 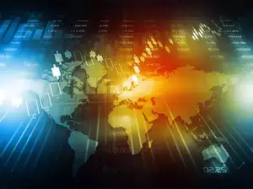 Signs of declining inflation, resilient consumer spending and strong labour markets, among others, suggest that growth could be rebounding in the short term, global financial leaders said on Friday.

”My message is that it is less bad than we feared a couple of months ago, but that doesn’t quite get to us to being good,” said Kristalina Georgieva, Managing Director of the International Monetary Fund.

The threat of rising inflation seems to have abated in many parts of the world, thanks in part to interest rate increases from some central banks, experts said on the last day of the World Economic Forum Annual Meeting 2023 here.

While many decision makers have expressed determination to sustain rates, there is a risk that recent improvements could cause leaders to ease rates.

”The greatest tragedy in this moment would be if central banks were to lurch away from a focus on assuring price stability prematurely and we were to have to fight this battle twice,” said Lawrence H Summers, Professor at Harvard Kennedy School of Government.

Recent legislation in the United States to support green energy will provide billions of dollars in funding but has provoked concerns of launching a subsidy war between Europe and the US over decarbonisation technology, WEF said.

On the one hand, competition to promote green energy could accelerate progress for the benefit of all. On the other hand, the risks that nations will block technological developments and turn inward would deter global progress, it added.

”I hope very much that this subsidy race we are hearing about is not going to be a race for the bottom,” said Christine Lagarde, President of the European Central Bank.

A negative repercussion of Europe-US competition would be overlooking the imperative to finance the green energy transformation in the developing world, which is the most vulnerable to the impacts of the climate crisis, she added.

Experts are worried that competition over green energy could amplify other risks of fragmentation in global trade as many nations prioritise national security over global integration.

”Over the last three years, we have entered a new era of globalisation. We have shifted from market-driven globalisation to politically powered globalisation,” said Bruno Le Maire, France’s Minister of Economy, Finance and Industrial and Digital Sovereignty.

For example, Europe and the US have focused recently on increasing domestic production of silicon chips. There is a risk that such turning inward will impede global cooperation on trade and climate goals, according to WEF.

In Japan, inflation remains a concern, but the nation has seen recent improvements in job creation.

”We made that change I should say mainly due to increased labour participation of women,” said Kuroda Haruhiko, Governor of the Bank of Japan.

In terms of the most pressing risks for 2023, economic experts focused on the ongoing war in Ukraine not only as a geopolitical and humanitarian crisis but also as a concern for economies around the world.

Likewise, experts expressed uncertainty about whether inflation would continue a downward trajectory and about the continued threat of mutations of COVID-19. Despite recent signs of improvement, “relief must not become complacency,” Summers noted.

0
0   0
previous What Challenges does Magnification of Offshore Wind Turbines Introduce? - EQ Mag
next Policy levers that can push decarbonization into overdrive - EQ Mag