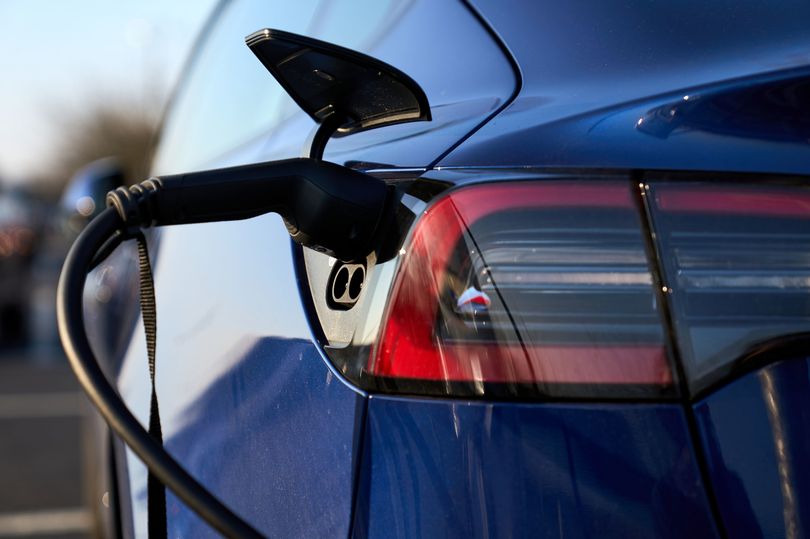 Policy levers that can push decarbonization into overdrive – EQ Mag

Policy levers that can push decarbonization into overdrive – EQ Mag

Paris : Government measures to boost electric vehicle sales, the share of green ammonia in fertiliser, and public purchasing of plant proteins could help shift the decarbonisation of the global economy into high gear, researchers said Friday.

Strategic support through regulation and subsidies in these three areas would have knock-on effects, accelerating the transition away from planet-warming fossil fuels across nearly a dozen high-emitting sectors, they said in a report released as business and political leaders meet at the World Economic Forum in Davos.

“We need to find and trigger positive economic tipping points if we are to limit the risk from damaging climate tipping points,” said University of Exeter professor Tim Lenton, one of the first scientists to quantify the danger of such thresholds in Earth’s climate system.

A world two degrees Celsius warmer than preindustrial levels, for example, could push the melting of polar ice sheets past a point of no return, resulting in many metres of sea level rise.

Other climate change tipping points could see the Amazon basin turn from tropical forest to savannah, and billions of tonnes of carbon leech from Siberia’s permafrost into the atmosphere.

In a mirror image, economic tipping points are small interventions that can drive large positive effects in society.

“This non-linear way of thinking about the climate problem gives plausible ground for hope,” said Lenton, co-lead author of the report, “The Breakthrough Effect: How to Trigger a Cascade of Tipping Points to Accelerate the Net Zero Transition”.

“The more that gets invested in socioeconomic transformations, the faster it will unfold,” he said.

A decade ago, for example, electric vehicles barely registered in terms of market share and a rapid phase-out of the internal combustion engine seemed highly improbably.

But a mix of subsidies and deadlines for phasing out the sale of new combustion-engine vehicles had catapulted the EV revolution into overdrive far more quickly than even boosters had expected.

France, Spain, California and other countries or states have banned the sale of new combustion engine cars and vans starting in 2035, and the European Union is well on its way to doing the same.

“By rapidly increasing the production of batteries, prompting technological and cost improvements, electric vehicles could support the transition to clean power and the decarbonisation of other sectors that need cheap and clean energy,” the report said.

Mandates that require the use of green ammonia — made from hydrogen using renewable energy — to produce fertilisers could kick-start the hydrogen economy, the report found.

This would not only replace fossil fuels in fertiliser, but also bring down the costs of green hydrogen, paving the way to their use as fuels in shipping and steel production, two sectors where decarbonisation is especially difficult.

The third “super leverage point” assessed in the report is alternative sources of protein, especially plant-based, which are already cheaper than most meats.

Requiring their use in schools, hospitals and government offices could spark a more widespread shift towards non-meat protein sources, leading to reduced emissions from livestock and freeing up an estimated 400 to 800 million hectares (one to two billion acres) — equivalent to seven to 15 percent of global agricultural land today.

This, in turn, would reduce incentives for deforestation and leave more land available to support biodiversity and carbon storage in trees and soil.

“High-emitting sectors of the economy do not exist in isolation, they are deeply inter-connected,” said co-lead author Simon Sharpe, a senior fellow at the World Resources Institute in Washington.